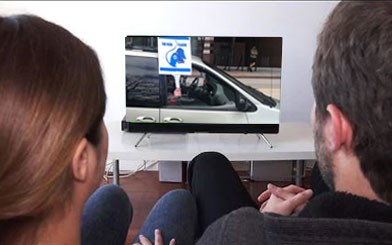 Some of the latest anti-Semitic slurs purport Jews manufactured or spread Coronavirus to advance their alleged global control; Jews are profiting from the virus; Jews ARE the real virus. Once again, Jews are the scapegoat for a pandemic as in the 14th century, when the Black Death killed millions in Europe. Then, rumors spread that it was a Jewish conspiracy, and sadly, similar lies are being told about COVID today.

Sadder yet: this should not surprise us, given the current state of anti-Semitism. In 2019, over 2100 anti-Semitic incidents were recorded in the U.S. and the 2020 numbers recorded so far are just as troubling.

While anti-Semitism is nearly as old as time, itself, beyond the statistics, new expressions of the scourge are continually evolving and we must be up to date in our awareness of the threat in order to address it.

Armed with insight and data from the Anti-Defamation League, the Department of Justice and other credible sources, this week, Dan Rozett, Jewish Federation’s Manager of Community & Israel Engagement, briefed a group of congregants and professionals from Freehold’s Congregation Kol Am on the current situation.

This is the latest in Federation’s series of anti-Semitism briefings for small-scale groups such as a synagogue or a neighborhood. The groups are designed to be conducive to thoughtful Q&A and in-depth discussion enabling individuals and organizations to consider steps they can take to push back on this hate.

Several upcoming synagogue briefings have been scheduled for November, coinciding with commemorations of Kristallnacht.

“There are two sayings that ground me in this work,” Dan says. “The first is, ‘Knowledge is power’ and the second is, ‘If you know your enemies and know yourself, you will not be imperiled in a hundred battles.’ As Jews, we must be aware of the threats against us. It is critical to a secure Jewish future.”

Beyond the briefings, in the last 18 months, Federation’s Jewish Community Relations Council (JCRC) has been involved in efforts to combat anti-Semitism, interacting with state, local, and national civic leaders as well as peer non-profits and private sector companies. For example, the JCRC was instrumental in a successful government advocacy campaign resulting in passage of the Federal Never Again Act expanding Holocaust education in public schools. It was also a pivotal part of a national push with Jewish and other social justice organizations pressuring social media companies to crack down on hate speech and Holocaust denial that resulted in significant, much-needed changes to practices and policies at Facebook.

"Anti-Semitism in the United States does not appear to be going away," Rozett added. With 46 percent of the general public not aware of it (according to a recent AJC survey), and with 81 percent of extremist related murders committed by white supremacists (ADL) there is much work to be done.

In 2021, the JCRC, together with Jewish community and other civic and religious leaders will focus on working with government officials and state and local education directors to create policies and develop curricula combating anti-Semitism and all hate.

Federation encourages community members to become informed on the best ways to push back on this hate and invites them to take part in volunteer roles to assist in these projects. Further, Federation encourages synagogues, schools, and groups of friends and neighbors to invite Dan to a gathering in your virtual living room or your virtual social hall, for a timely briefing on the current state of anti-Semitism in your community, along with what you can do to empower yourself against it.

"Letting elected officials know that the issue of anti-Semitism matters to you is one powerful way you can push back on it," Dan advises groups. To that end, he notes this coming Tuesday, Nov. 3, is Election Day and advises all Monmouth and Greater Middlesex County residents to exercise their civic right and duty, find out how the pandemic has changed voting procedures this year, and make a plan to vote. (Voting information is available at nj.gov)

Dan Rozett is a native of Middlesex County and a graduate of local Jewish day schools, who returned to the U.S. in 2015 after living in Israel for 20 years. In Israel, he served in an IDF combat unit and combat reserves and worked in the fields of educational tourism and patent administration. Returning to the U.S., Dan chose Jewish communal work to serve the Jewish community, share his love for Israel, and connect people to Jewish causes and the Jewish homeland.