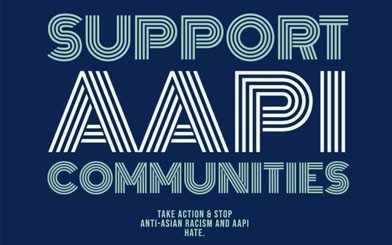 On March 25, 34 major Jewish organizations, including Jewish Federations of North America, sent the following letter to Congress urging bipartisan action on hate crimes in light of the recent increase in the number of attacks on the Asian American Pacific Islander communities.

We join as representatives of Jewish American communal organizations to urge our elected leaders to speak out in solidarity with the Asian American and Pacific Islander (AAPI) communities.

Bias, hate and racism against Asian Americans and Pacific Islanders have skyrocketed across the country during the COVID-19 crisis. From March 2020 to February 2021 there were approximately 3,800 incidents of hate reported to the Stop AAPI Hate reporting center, likely only a fraction of what the community experienced. The recent massacre in Atlanta that left eight people dead, including six Asian women, was just one horrifying example that has galvanized national attention.

As a community familiar with antisemitism, harassment, hate and scapegoating, we stand in unity with our Asian American and Pacific Islander friends. For the many in our own Jewish communities who are Asian American, this racism and discrimination is personally traumatizing. There is no time to waste, and thus, even as we appreciate Congressional attention to this alarming trend, we believe it is critical for Congress to pass strong bi-partisan legislation to help address hate crimes – against all communities.

We know from research and experience the importance of supporting local communities and providing better tools for federal law enforcement to collect state and local hate crimes data. Localities, in turn, would benefit from federal support to help prevent such crimes and help victims and local communities. That is why we have supported the National Opposition to Hate, Assault, and Threats to Equality (NO HATE) Act in the past, and why we urge Congress to act this year in a bipartisan fashion to pass legislation that provides resources and tools law enforcement needs to protect communities facing such assaults.

You can count on us in the Jewish community to work with you on these efforts. If you would like more information, please contact Darcy Hirsh, Director of Government Affairs at The Jewish Federations of North America at Darcy.Hirsh@Jewishfederations.org, Julie Rayman, the American Jewish Committee’s Senior Director of Policy and Political Affairs at raymanj@ajc.org, and Erin Hustings, Director of Government Relations at the Anti-Defamation League at ehustings@adl.org.

Thank you for your support and recognition of this critical issue.