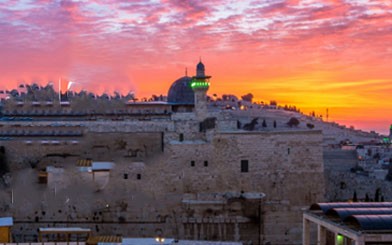 Yesterday, the United Nations Human Rights Council (UNHRC) released its long-awaited list of businesses involved in “certain specified activities related to the Israeli settlements in the Occupied Palestinian Territory.” Jewish Federations of North America released this statement condemning the release of the list:

The Jewish Federations of North America (JFNA) “totally and completely” rejects the decision of the United Nations Human Rights Council (UNHRC) to release a list of businesses involved in “certain specified activities related to the Israeli settlements in the Occupied Palestinian Territory.”

“The list does nothing to promote and support human rights or promote reconciliation or peace. Rather, it demonstrates the ingrained hatred for the Jewish State that has typified UNHRC activities for years,” said Mark Wilf, Chair of the JFNA Board of Trustees.

“The biased process that led to this point is a badge of shame for the UN, given the states that hold sway at the UNHRC lack any moral standing to produce such a list,” said JFNA President & CEO Eric D. Fingerhut. “It is just another international effort to further drive Israelis and Palestinians apart, offering a roadmap for those that support BDS, boycotts, divestments and sanctions, to continue using this topic to create division.”

THE FOLLOWING STATEMENT WAS ORIGINALLY PUBLISHED BY ISRAEL ACTION NETWORK, created by Jewish Federations of North America in partnership with the Jewish Council for Public Affairs to leverage the power of the Federation network to educate, organize, and mobilize the North American Jewish community to address anti-Israel delegitimization and antisemitism.

The tyrannical regimes that hold sway at the UNHRC lack any moral standing to produce a list such as this, as is amply demonstrated by the arbitrary selection of 112 businesses — 94 of them based in Israel — targeted for discrimination. This is the first time the UNHRC has ever created such a “blacklist” and is just another effort to single out Israel.

This list does nothing to promote and support human rights. Rather, it demonstrates the toxic hatred for the Jewish state that has typified UNHRC activities for years. This is just the latest effort of the UNHRC in doing the dirty work of the discriminatory anti-Israel Boycott, Divestment, and Sanctions (BDS) movement that works against reconciliation between Israelis and Palestinians.

There is much fault to find in the report, including its flawed methodology. Some of the report's criteria for human rights concerns are not strongly defined, like the "use of natural resources, in particular water and land, for business purposes," which is vague enough to capture many businesses that rest on Israeli-owned property and serve everyone regardless of nationality. A cafe chain makes the list because it has a location within a Jewish neighborhood in Jerusalem, just outside the Green Line. General Mills is listed because they produce Pillsbury products, in an industrial park that employs over 2,000 Palestinians.

The blacklist puts Israeli and American businesses in an impossible position. Every major Israeli bank is targeted, suggesting they should violate Israeli anti-discrimination law by refusing to serve a segment of their customers, which would even include indigenous Jews living in the Old City of Jerusalem. Airbnb, already sued multiple times in US courts for religious discrimination, cannot choose to differentiate between its Israeli Jewish and Palestinian users, nor can it make decisions based on territorial borders that are in dispute as the Jewish community demonstrated to them when they tried to boycott Jewish listings.

We encourage you to take a look at the list and support these targeted businesses.