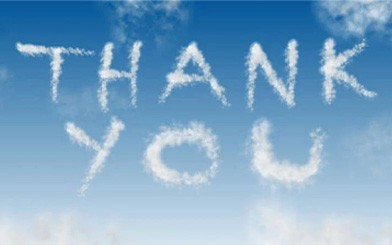 In the early 1990s, one of the great medical research exercises of modern times took place. It became known as the Nun Study. Some seven hundred American nuns, all members of the School Sisters of Notre Dame in the United States, agreed to allow their records to be accessed by a research team investigating the process of ageing and Alzheimer’s Disease. At the start of the study the participants were aged between 75 and 102. [1]

What gave this study its unusual longitudinal scope is that sixty years earlier the very same nuns had been asked by their Mother Superior to write a brief autobiographical account of their life and their reasons for entering the convent. These documents were now analysed by the researchers using a specially devised coding system to register, among other things, positive and negative emotions. By annually assessing the nuns’ current state of health, the researchers were able to test whether their emotional state in 1930 had affected their health some sixty years later. Because they had all lived a very similar lifestyle during these six decades, they formed an ideal group for testing hypotheses about the relationship between emotional attitudes and health.

The results, published in 2001, were startling. [2] The more positive emotions – such as contentment, gratitude, happiness, love and hope – the nuns expressed in their autobiographical notes, the more likely they were to be alive and well sixty years later. The difference was as much as seven years in life expectancy. So remarkable was this finding that it has led, since then, to a new field of gratitude research, as well as a deepening understanding of the impact of emotions on physical health.

What medicine now knows about individuals, Moses knew hundreds of years ago about nations. Gratitude – hakarat ha-tov – is at the heart of what he has to say about the Israelites and their future in the Promised Land. Gratitude had not been their strong point in the desert. They complained about lack of food and water, about the manna and the lack of meat and vegetables, about the dangers they faced from the Egyptians as they were leaving and about the inhabitants of the land they were about to enter. They lacked thankfulness during the difficult times. A greater danger still, said Moses, would be a lack of gratitude during the good times. This is what he warned:

When you have eaten and been satisfied, and have built fine houses and lived in them, when your herds and flocks have grown abundant, and your silver and gold is multiplied, and all that you have has multiplied, your heart may become proud, forgetting the Lord your God who brought you out of the land of Egypt, out of the house of slavery… You might be tempted to say to yourself, ‘My power, the strength of my own hand, have brought me this great wealth.’ But remember the Lord your God, for it is He who gives you the power to do great things, upholding the covenant that He swore to your ancestors…

The worst thing that could happen to them, warned Moses, would be that they forgot how they came to the land, how God had promised it to their ancestors, and had taken them from slavery to freedom, sustaining them during the forty years in the wilderness. This was a revolutionary idea: that the nation’s history be engraved on people’s souls, that it was to be re-enacted in the annual cycle of festivals, and that the nation, as a nation, should never attribute its achievements to itself – “my power and the might of my own hand” – but should always ascribe its victories, indeed its very existence, to something higher than itself: to God. This is a dominant theme of Deuteronomy, and it echoes throughout the book time and again.

Since the publication of the Nun Study and the flurry of further research it inspired, we now know of the multiple effects of developing an attitude of gratitude. It improves physical health and immunity against disease. Grateful people are more likely to take regular exercise and go for regular medical check-ups. Thankfulness reduces toxic emotions such as resentment, frustration and regret and makes depression less likely. It helps people avoid over-reacting to negative experiences by seeking revenge. It even tends to make people sleep better. It enhances self-respect, making it less likely that you will envy others for their achievements or success. Grateful people tend to have better relationships. Saying “thank you” enhances friendships and elicits better performance from employees. It is also a major factor in strengthening resilience. One study of Vietnam War Veterans found that those with higher levels of gratitude suffered lower incidence of Post-Traumatic Stress Disorder. Remembering the many things we have to be thankful for helps us survive painful experiences, from losing a job to bereavement. [3]

Jewish prayer is an ongoing seminar in gratitude. Birkat ha-Shachar, ‘the Dawn Blessings’ said at the start of morning prayers each day, form a litany of thanksgiving for life itself: for the human body, the physical world, land to stand on and eyes to see with. The first words we say each morning – Modeh Ani, “I thank you” – mean that we begin each day by giving thanks.

Gratitude also lies behind a fascinating feature of the Amidah. When the leader of prayer repeats the Amidah aloud, we are silent other than for the responses of Kedushah, and saying Amen after each blessing, with one exception. When the leader says the words Modim anachnu lach, “We give thanks to You,” the congregation says a parallel passage known as Modim de-Rabbanan. For every other blessing of the Amidah, it is sufficient to assent to the words of the leader by saying Amen. The one exception is Modim, “We give thanks.” Rabbi Elijah Spira (1660–1712) in his work Eliyahu Rabbah, [4] explains that when it comes to saying thank you, we cannot delegate this away to someone else to do it on our behalf. Thanks must come directly from us.

Part of the essence of gratitude is that it recognises that we are not the sole authors of what is good in our lives. The egoist, says Andre Comte-Sponville, “is ungrateful because he doesn’t like to acknowledge his debt to others and gratitude is this acknowledgement.” [5] La Rochefoucauld put it more bluntly: “Pride refuses to owe, self-love to pay.” [6] Thankfulness has an inner connection with humility. It recognises that what we are and what we have is due to others, and above all to God. Comte-Sponville adds: “Those who are incapable of gratitude live in vain; they can never be satisfied, fulfilled or happy: they do not live, they get ready to live, as Seneca puts it.” [7]

Though you don’t have to be religious to be grateful, there is something about belief in God as creator of the universe, shaper of history and author of the laws of life that directs and facilitates our gratitude. It is hard to feel grateful to a universe that came into existence for no reason and is blind to us and our fate. It is precisely our faith in a personal God that gives force and focus to our thanks.

It is no coincidence that the United States, founded by Puritans – Calvinists steeped in the Hebrew Bible – should have a day known as Thanksgiving, recognising the presence of God in American history. On 3rd October 1863, at the height of the Civil War, Abraham Lincoln issued a Thanksgiving proclamation, thanking God that though the nation was at war with itself, there were still blessings for which both sides could express gratitude: a fruitful harvest, no foreign invasion, and so on. He continued:

No human counsel hath devised nor hath any mortal hand worked out these great things. They are the gracious gifts of the Most High God, who, while dealing with us in anger for our sins, hath nevertheless remembered mercy… I do therefore invite my fellow citizens in every part of the United States… to set apart and observe the last Thursday of November next, as a day of Thanksgiving and Praise to our beneficent Father who dwelleth in the Heavens. And I recommend to them that while offering up the ascriptions justly due to Him for such singular deliverances and blessings, they do also, with humble penitence for our national perverseness and disobedience, commend to His tender care all those who have become widows, orphans, mourners or sufferers in the lamentable civil strife in which we are unavoidably engaged, and fervently implore the interposition of the Almighty Hand to heal the wounds of the nation and to restore it as soon as may be consistent with the Divine purposes to the full enjoyment of peace, harmony, tranquillity and Union.

What might such a declaration made today – in Israel, or the United States, or indeed anywhere – do to heal the wounds that so divide nations today? Thanksgiving is as important to societies as it is to individuals. It protects us from resentments and the arrogance of power. It reminds us of how dependent we are on others and on a Force greater than ourselves. As with individuals so with nations: thanksgiving is essential to happiness and health.

[1] See Robert Emmons, Thanks!: How the New Science of Gratitude Can Make You Happier, Boston: Houghton Mifflin, 2007.

[3] Much of the material in this paragraph is to be found in articles published in Greater Good: The Science of a Meaningful Life @ http://greatergood.berkeley.edu.