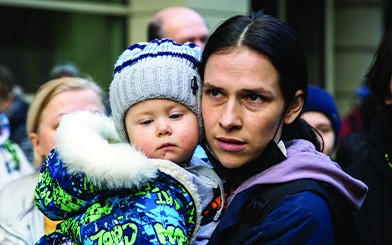 Jewish Federations were prepared to respond immediately and effectively to the crisis in Ukraine because we were on the ground in Ukraine and surrounding countries before the crisis through the work of our core historic partners.

For decades, Jewish Federations have supported the work of The Jewish Agency for Israel, American Jewish Joint Distribution Committee (JDC), and World ORT in the Former Soviet Union and Eastern Europe to revitalize Jewish life, care for the elderly and disabled, and facilitate the Aliyah of those who chose to move to Israel.

Each year, Jewish Federations invest over $100 million in core, unrestricted funding to The Jewish Agency, JDC, and World ORT.  These core funds ensure that these international organizations have the infrastructure to support flourishing Jewish communities wherever Jews live and to respond to whatever emergencies may come.

In providing in-depth information about the Ukraine crisis response by Jewish Federations’ core historic partners, this post tells the story of how their deep knowledge, expertise, relationships, and professional and volunteer resources have enabled them to rescue and care for refugees starting as soon as the crisis begin.

The Mishna teaches that “anyone who saves a life is as if he [or she] saved an entire world” (Sanhedrin 4:5).  The statistics below show the reach of The Jewish Agency, JDC, and World ORT in their Ukraine crisis response – with tens of thousands of people evacuated, housed, fed, and treated, as well as over twenty-five thousand brought to Israel on Aliyah.

This critical work is done one person at a time.  Together, Jewish Federations are impacting tens of thousands of lives – with each person helped the equivalent of saving an entire world. 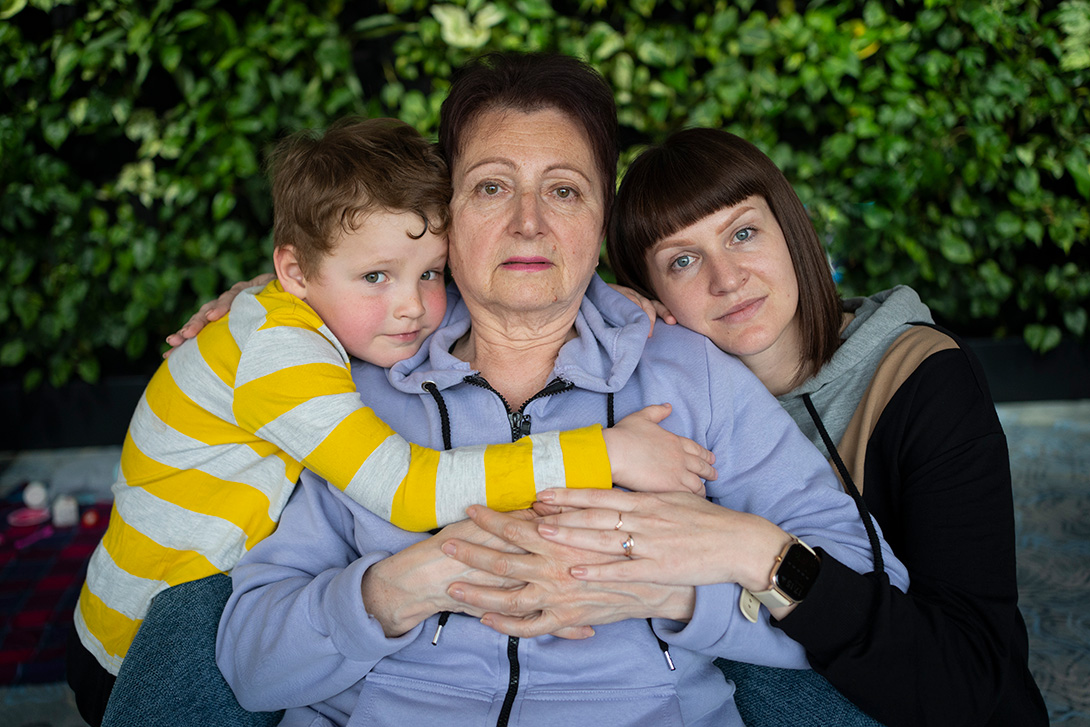 With a presence on the ground in over 65 countries, The Jewish Agency works to ensure every Jewish person feels an unbreakable bond to one another and to Israel. The organization focuses its efforts primarily on three strategic areas of impact: facilitating Aliyah globally, connecting Jews to Israel and each other and strengthening Israeli society.

Pre-Invasion Presence in Ukraine: The Jewish Agency has been actively involved in Ukraine since its independence in 1991, and was present prior to that time in an unofficial capacity in cooperation with Nativ, an arm of the Office of the Prime Minister of Israel that worked in support of Soviet Jewry since the 1950s. Over 45,000 Jews have made Aliyah from Ukraine since 2014, of whom 3,000 came in 2021, which includes 800-1,000 participants in various young adult programs such as Na'ale, Masa Israel Journey, Selah, and Lone Soldiers. In addition, The Jewish Agency conducted eight Sunday Schools, 108 Ulpanim (Hebrew language education), and ran seasonal and summer camps for some 1,300 participants. There were 29 Jewish Agency Shlichim (Israeli emissaries), and some 90 local employees in Ukraine. The Jewish Agency has had a presence all over the country, concentrated in Kyiv, Kharkiv, Odessa and Dnipro.

Scope of Work: With the onset of the Russo-Ukrainian War, the organization restructured its presence in Ukraine and in the surrounding countries that are receiving refugees. The Jewish Agency has 3 staff people working in Ukraine. Outside of Ukraine, 24 staff members and 8 volunteers are working in Poland, Romania, Hungary, and Moldova.  Most Shlichim and their families have returned to Israel, while the senior Shlichim remain in Ukraine to oversee evacuation and Aliyah preparation as well as assist with local community needs.

While 3,000 people made Aliyah in 2021, it is projected to increase substantially in 2022. There is also a marked increase in calls from Russia, Belarus and other countries in the region. The Jewish Agency has already received 38,742 Aliyah requests and 25,274 people have made Aliyah – both numbers are likely to increase. The organization has established a special hotline – as of June 13, there have been 40,704 calls from Ukraine and 56,320 from other countries.

It is not possible to make Aliyah directly from Ukraine at this time. All potential olim must travel to one of the countries receiving refugees and travel from there. Six temporary housing stations have been opened in neighboring countries (Poland, Romania, Moldova, and Hungary) and near Lviv, Ukraine. There are 600 Jewish Agency beds available in Ukraine, with 99 currently filled. Outside of Ukraine, 1,662 beds are available in Hungary, Romania, Moldova, Poland, and Ukraine. Of these, 348 are currently filled.

The Jewish Agency is also recruiting 2,500 teens/young adults from Ukraine for programs in Israel this year through Masa.

Torenu (Our Turn) is a Jewish Agency campaign in partnership with the Federation of Local Authorities in Israel mobilizing the Israeli public to collect basic necessities for distribution at the organization’s centers in Ukraine and surrounding countries. 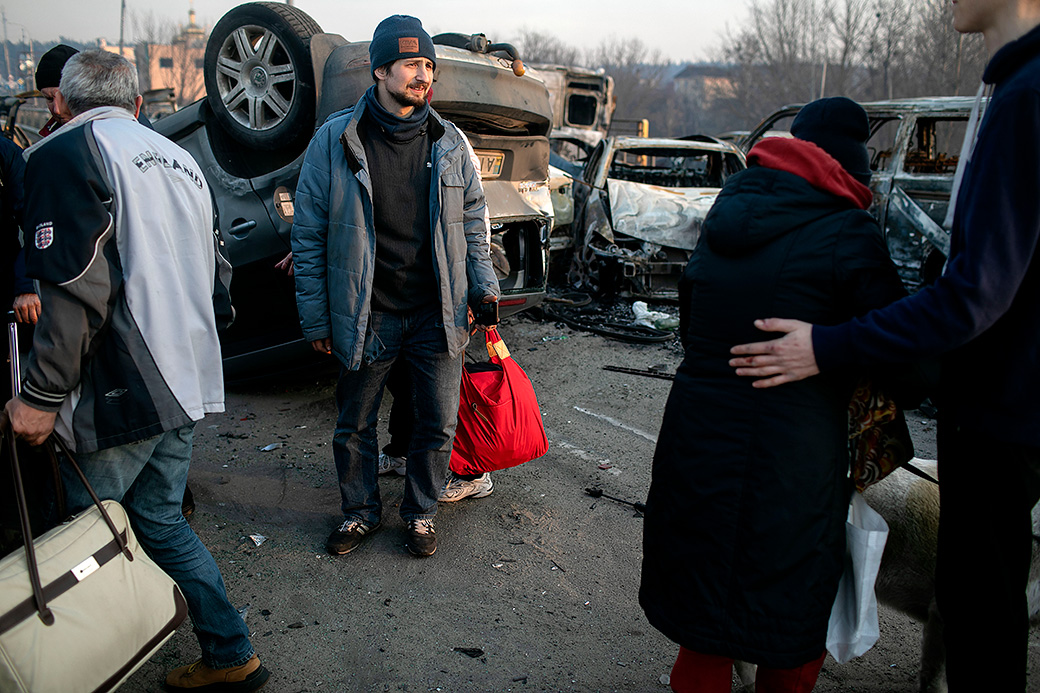 About the Organization: Founded in 1914, JDC is the leading global Jewish humanitarian organization, working in 70 countries to lift lives and strengthen communities. JDC rescues Jews in danger, provides aid to vulnerable Jews, develops innovative solutions to Israel’s most complex social challenges, cultivates a Jewish future, and leads the Jewish community’s response to crises. JDC carries out its global mission of saving Jewish lives and building Jewish life in a nonpolitical, nonpartisan fashion and is guided by the principles of pluralism, sustainability, professionalism, and cooperation.

Pre-invasion Presence in Ukraine: Prior to the Russian invasion, JDC’s work in Ukraine included providing humanitarian aid to over 37,000 elderly Jews and supporting programs for over 2,600 children at-risk of the Jewish community. Over the past decade, JDC built a volunteer force of 3,400 individuals who assisted 13,000 people across Ukraine. JDC’s presence in Ukraine includes four field offices (in Dnipro, Odesa, Kyiv, and Kharkiv) and 18 Hesed humanitarian aid centers reaching poor Jews and Jewish communities in 1,000 locations across the country.

Beginning in November 2021, JDC began to prepare for the crisis.  JDC worked to map needs, especially among the most vulnerable individuals, to be ready for an escalation.  They prepared and equipped the people that they serve, their staff, and Hesed social welfare centers for a range of potential scenarios and emerging needs.  JDC readied volunteers and staff to maintain the online platforms and hotlines created during the COVID pandemic to ensure remote care and maintain human connection with those they serve on the ground.

JDC supported the establishment of an Israeli Field Hospital in Mostyska, Ukraine, which opened on March 22 that assisted 6,077 refugees fleeing Ukraine.  JDC supplied the field hospital with telemedicine devices that remotely monitor vital signs and allowed doctors to diagnose and recommend treatment.  JDC has delivered 128 telemedicine devices and trained 50 local healthcare professionals to use the technology so that it can continue helping people on the ground after JDC’s work ends.

JDC is working in collaboration with NATAN, an Israeli volunteer organization that sends medical professionals into emergency disaster zones. Together, JDC and NATAN have deployed a team comprised of Israeli medical professionals including doctors, nurses, and social workers who have traveled from Israel to Poland to assist in the relief efforts. The Polish Red Cross has designated the JDC-NATAN medical team to manage the clinic at the Przemysl Refugee Intake Center, just 13 kilometers from the Ukrainian border. These medical professionals have provided emergency care to more than 7,200 refugees as they, mostly women and children, come over the Polish border. Every twelve days the delegation of healthcare professionals will rotate to take the place of the one currently in the field. This clinic will be on the ground for six months.

Through conversations with the UN cluster system and local municipal partners, JDC identified a need for assistive medical equipment and supplied 210 wheelchairs and 320 pairs of crutches.

Additionally, JDC has been asked by Israel’s Ministry of Welfare and Social Affairs to coordinate efforts for the integration of non-Jewish refugees in Israel. This will include setting up a hotline to provide resources and guidance for refugees, as well as working with NGOs to coordinate efforts, organize volunteers, facilitate in-kind donations, and respond to needs as they arise. 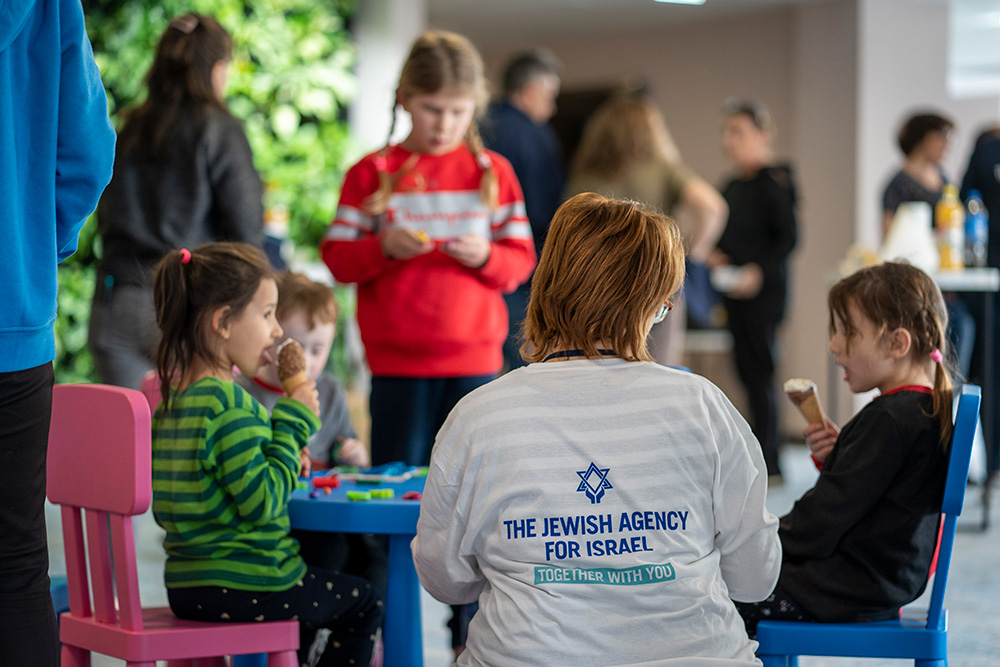 About the Organization: World ORT is a global Jewish educational organization. For more than 140 years, ORT has offered access to educational programs in under-resourced communities.  The ORT network reaches more than 200,000 people a year in schools, universities, and vocational training programs in 39 countries.

Scope of Activity:  ORT Ukraine schools stopped all in-person learning at the end of February. Relocated students abroad or in other Ukrainian cities attended online lessons provided by ORT Ukraine schools from late March through the end of the academic year (May 31). ORT Ukraine school principals report that 50% of the families from the schools have left their homes, either moving abroad or to the Western part of Ukraine. ORT is reinforcing the safety of ORT schools- with a focus on fortifying the buildings and equipping shelters.  ORT is also providing food and other supplies, financial aid, medicine, and paramedic assistance, as well as transport, for its students, teachers, staff, and their families.  The ORT school in Zaporizhzhia has become a hub for humanitarian assistance for refugees from the besieged city of Mariupol.  ORT currently has nine staff members in Ukraine and three who are still abroad.

ORT is working with ORT professionals and Jewish community leaders in European countries to support the needs of incoming ORT refugees.  ORT refugees are being housed and schooled in Moldova, Bulgaria, and the Baltic states.  An initial 24 Ukrainian refugees have arrived at ORT’s Kfar Silver Youth Village in Israel, with an additional 25 expected over the summer.  At the Youth Village, ORT staff meet all the refugees’ needs beyond those addressed by the government.  This includes providing them with shelter, education, emotional support, food, and basic necessities.

The next post will provide detailed information on the Ukraine crisis response activities of other organizations receiving Federations’ collective allocations.