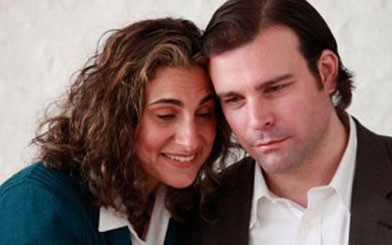 I am sure when Amelia Marks signed her will with an “x” in 1915 creating what we now know as The Jewish Social Service Committee, she had no idea the future impact of her simple act of philanthropy.

Her initial fairly modest endowment has not only grown to more than $100,000, but it has generated more than a quarter of a million dollars that has been used to help the needy of the Jewish community of Middlesex County.
We need to reflect on the impact in human terms. Originally intended to provide a dowry for poor Jewish girls, her vision has grown to be a lifeline  that fed a  family, or paid a month’s rent, or kept heat on. Her legacy repaired a car so a parent could get to work. Every year, year after year, we at Jewish Social Service use the income from her endowment to fulfill her  wish to have a lasting impact on our community.

We can point to a father who drove a car with almost 300,000 miles on the odometer. We all know that in Middlesex County a car is not a luxury, but is needed to get to work. When the car finally died, he was at his wits end. With a disabled wife and two children, what was he to do? Thanks in part to the income from the Marks endowment and a wonderful mechanic, we were able to get the car back on the road and the father to work.

Every year for the past one hundred years, Mrs. Marks is alive in our community. This simple woman who owned a second hand clothing store – who began her life in the United states collecting rags  in New Brunswick  and signed her name with an “x” - had the foresight and love of her community to establish a modest fund.

Amelia Marks was far from a rich woman. Her ability to think of the future and the many generations to come is not only an inspiration, but a lesson for us all.

JSS is an all volunteer group of men and women dedicated to helping needy Jews in Middlesex County and fulfilling Mrs. Marks dream. We are a beneficiary agency of the Federation in the Heart of NJ.