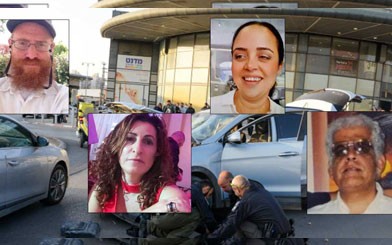 In just over a week, three separate terror attacks in Israel have left eleven victims dead and numerous others wounded, raising fears that a new wave of terror has begun in the Jewish state.

Israeli security forces have now been placed on the highest level of alert, with increased precautions and protections across the country.

Jewish Federations of North America are monitoring the security situation carefully, including for missions and groups currently on the ground in Israel.