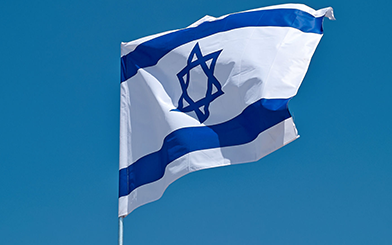 Israel is currently experiencing large-scale terrorism with continuing rocket attacks originating from Hamas and Islamic Jihad in Gaza. In recent days, more than 1,000 rockets have been aimed at civilian population centers across Israel: all areas of the South, Tel Aviv, Herzliya, Ra’anana, Ramat Gan and Bnei Brak. In response, the Israeli military has attacked terrorist-military targets across Gaza. Tragically, there have been civilian deaths — both Israeli and Palestinian — and many have been injured. Initial reports indicate at least 6 Israelis have been killed by these attacks. Fully one-third of rockets fired from Gaza have landed in Gaza, causing casualties among its own people.

We are deeply dismayed by those who condemn Israel’s conduct while ignoring Israel’s right to self-defense, its obligation to protect all its citizens, and the actions of those whose inflammatory and inaccurate rhetoric, murderous actions, and genocidal intentions are aimed at the destruction and delegitimization of Israel.

No society would tolerate continuous terror being rained down on its people.

Reasonable people may differ on Israeli policies, but the appropriate response is never to intentionally fire on innocent civilians.

Join Jewish Federation in calling on the US Government and international community, as well as local elected officials, to do all that they can to end these attacks immediately. Tell your representatives to publicly stand with Israel, support its right to defend its citizens, and bring about the appropriate pressure on Hamas and its backers to end hostilities and cease their attacks immediately.