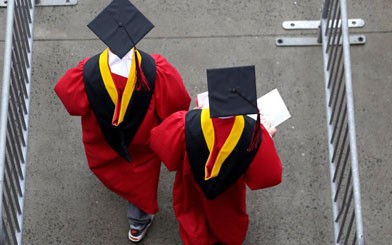 Over the past few weeks, and as recently as today -- as is being reported in area news as this statement is being published -- there has been an uptick of antisemitic incidents, both in-person and online. The recent conflict between Israel and the terrorist organization Hamas has been used to amplify antisemitic rhetoric, embolden dangerous actors and attack Jews and Jewish communities. Equating Jewish people and institutions with Israel is not activism or a foreign policy debate - it’s antisemitism.

At a time when perpetrators of these attacks deliberately target Jewish institutions and individuals for no other reason than their religion - justifying it with age-old antisemitic tropes, exaggerated claims, and inflammatory rhetoric – it is imperative that people of good conscience and good faith speak out and stand up to antisemitism. But let’s be clear - there must be no caveats and no qualifiers when condemning anti-Jewish hate, violence against Jews, and antisemitism in all spaces.

We were disappointed to see recent statements by Rutgers University that minimized specific threats and incidents targeting Jewish people and institutions. Furthermore, capitulation to anti-Israel propaganda laced with inflammatory and combative rhetoric only serves to legitimize the demonization of Jewish students. While Rutgers University President Holloway’s recent statement is a step in a positive direction it is clear that more work needs to be done. This moment warrants that University administration take immediate and long-term action, harnessing the full array of campus and community resources to effectively push back against the scourge of antisemitism.

Jewish Federations are committed to ensuring that our campuses remain a safe and welcoming environment that foster and inspire vibrant Jewish life. We expect no less from our partners at Rutgers University.