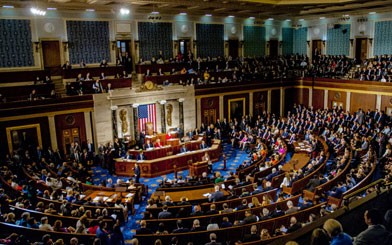 Jewish Federation in the Heart of NJ joins Jewish Federations of North America (JFNA) in praising the United States Senate for passing a bipartisan resolution condemning the recent rise in antisemitic incidents.

We applaud Senators Jacky Rosen and James Lankford and thank them for their leadership in passing this bipartisan resolution condemning the recent rise in antisemitic incidents in the United States and around the world. During our Act Against Antisemitism Rally, last month, Federations and national organizations across the country sent a clear message that inaction is inexcusable, and we are grateful that the Senate passed this resolution to express its unequivocal support of the Jewish community during this critical time.

Now, we call on President Biden to take up the calls to action in this resolution by nominating a qualified Ambassador to Monitor & Combat Antisemitism, funding the Never Again Education Act, and working with Congress to ensure the security of Jewish institutions by doubling funding for DHS’s Nonprofit Security Grant Program. We must come together to act against antisemitism. Demand that your Members of Congress take action to address the threat of antisemitism and all forms of hate. Urge them to take action.