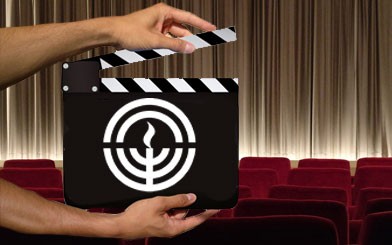 Have you seen the old Bill Murray/Richard Dreyfus movie classic, What About Bob? It takes place during the summer – time for vacation; Bob declares he’s taking a vacation from his troubles, and comedy gold ensues.

Far from the magic of Tinseltown, in the heart of NJ we cannot take a break from our troubles. This week, swastika graffiti was found on several benches in a Long Branch park. Last month, the Highland Park library was at the center of an anti-Semitic book controversy. In April, the ADL reported that Monmouth and Middlesex counties were among the top five counties (out of 21) in NJ with the most recorded incidents of anti-Semitism in the last year.

This Sunday morning at 10:30, Jewish Federation is proud to sponsor an intimate talk with the Oscar-winning co-writer of BlacKkKlansman, David Rabinowitz, followed by a screening of the film at the Two River Theater in Red Bank, in conjunction with The Indie Street Film Festival. David grew up in our Jewish community and we look forward to welcoming him – and his Oscar – back home for this very special visit. Register here. In addition, Sunday afternoon, David will do a similar event with East Brunswick Jewish Center.

Shining a light on hate, and providing opportunities for more community members to understand and address it, are at the core of Federation’s work bringing millions of dollars in security enhancements to Jewish organizations and bias training to Jewish communal leaders, interfaith neighbors, and law enforcement officials. But more is needed.

Meanwhile, join us Sunday in Red Bank or East Brunswick, when we’ll not only meet David Rabinowitz, one of the minds behind the movie, BlacKkKlansman, but also celebrate him as the “local Jewish boy goes to Hollywood/wins Oscar/gives back to his Jewish community” that he is.

See you at the movies,
Lisa Karasic
Chief Marketing Officer