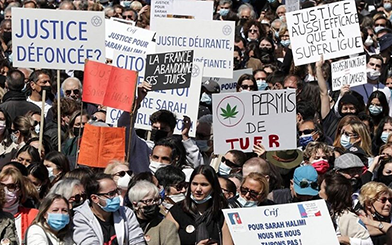 We have watched in horror as the number of violent attacks against Jews has increased around the globe and have repeatedly called on governments to act with determination to ensure the safety of their citizenry. Regarding the murder of Sarah Halimi, we stand in solidarity with the French Jewish community and echo their astonishment and pain at the French Supreme Court of Appeals ruling that the perpetrator is unfit to stand trial because of drug use. We cannot make excuses for antisemitism or violent acts of hate and we cannot allow it to fester unchecked -- anywhere.

This was a despicable murder, but it was also an attack on the entire Jewish community. We mourn Sarah Halimi and extend comfort to her family. Jewish Federations joined in mass and walked the streets of Paris after deadly attacks at the Hypercacher kosher supermarket and the offices of the Charlie Hebdo newspaper. We stand arm in arm with our brothers and sisters worldwide as we fight to remove this scourge.