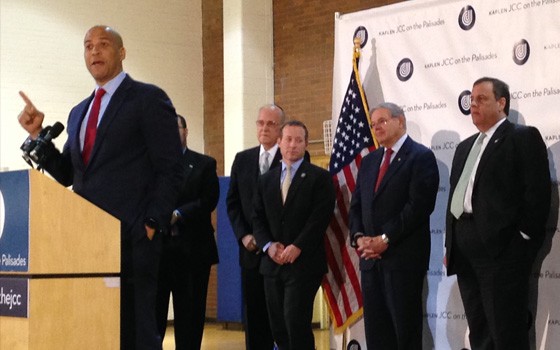 On Friday, March 3, a “Solidarity Event” was held at the Kaplen JCC on the Palisades in Tenafly, which drew hundreds of supporters who came to stand with US Senators Menendez and Booker, Governor Christie and Congressmen Pascrell and Gottheimer, and many other state, county and local elected officials, to speak out against hatred and anti-Semitism and other forms of religious based violence.

We thank the senators, the Governor, the congressmen and our supportive elected officials for their commitment and pledged to continue to speak out against anti-Semitism and in favor of tolerance over hate and to find ways to increase federal, state and local government initiatives to ensure the well-being of all our citizens.  We certainly welcome and are grateful to Senators Menendez and Booker and Representatives Pascrell and Gottheimer who noted that they would reach out to their congressional colleagues and the US Department of Homeland Security to seek a doubling of funding for the federal Nonprofit Security Grant Program. Governor Christie’s announcement of increased patrols is very much appreciated as is the state’s offer of a reward in the investigation and bringing to justice those who commit crimes of bias.

The NJ State Association of Jewish Federations and other faith community based organizations will be testifying this morning before the State Senate Law & Public Safety Committee in favor of S2634/A4253, legislation authorizing a 3 year pilot grant program to benefit non-profits (community centers, houses of worship, etc.) to hire security personnel.  The bill calls for an allocation of $3 million over 3 years and maximum grant per institution of $10,000.

The NJ State Association of Jewish Federations and its faith based community partners will also be seeking approval from NJ’s Legislature for a budget resolution allocating $600,000 for a NJ Nonprofit Security Grant Program similar to the federal grant program which supports non-profit efforts to update target hardening of their facilities.

Jewish communities at home and abroad have had to grapple with increased security concerns in response to a rise in global anti-Semitism. Recognizing the vulnerability and safety concerns of our affiliated institutions and agencies, the NJ State Association of Jewish Federations and its constituent Jewish Federations have placed community security and preparedness in priority status on our community advocacy agenda.

The recent wave of JCC bomb threats, 8 in NJ alone, have impacted the facilities and the community emotionally, physical and economically.  The threats prompted the evacuation of hundreds of students, seniors, children and staff, left parents and family caregivers worried. Members of the JCCs and the community are more anxious than ever about their personal well-being.

The expressions of support and statements against acts of bigotry and hatred and religious based violence we heard today from Senators Menendez and Booker and Governor Christie and members of Congress, provides the victimized community some comfort and strength.

We are grateful to our elected leaders for their commitment to protect the welfare of our citizens and secure them from harm.

U.S. Senator Bob Menendez led a rally at the JCC on the Palisades in solidarity with New Jersey’s vibrant Jewish community and to condemn the national rise of anti-Semitism and recent threats against local Jewish community centers across the U.S.  Six JCCs in New Jersey have been targets eight times in recent weeks with bomb threats, including three alone at the JCC on the Palisades in Tenafly. Joining Sen. Menendez at the rally were U.S. Sen. Cory Booker, New Jersey Governor Chris Christie, Congressmen Bill Pascrell, Jr. (N.J.-09) and Josh Gottheimer (N.J.-05) state, county and local officials, community and religious leaders.

Click here to watch his video release, “Today, We Are All Jewish.”
https://www.youtube.com/watch?v=UfJWzoRDeg0&feature=youtu.be

The office of Governor Chris Christie released the following press release regarding recent incidents of anti-Semitism:

Trenton, NJ –  Governor Chris Christie today joined national and local officials, advocates and community leaders at the Kaplen JCC to show solidarity with New Jersey’s Jewish community following a recent increase in threats made against Jewish Community Centers throughout New Jersey and the country. Under the direction of Governor Christie, in coordination with Attorney General Christopher S. Porrino, the New Jersey State Police and the Office of Homeland Security and Preparedness (OHSP) have increased patrol efforts at houses of worship, faith-based institutions, community centers and cemeteries throughout the state.

“We live in a world where hostilities have become part of our everyday lives and are directed at what makes us as New Jerseyans and Americans so unique – our diversity,” said Governor Christie. “We are coming together today to stand as one New Jersey – committed to furthering understanding and tolerance throughout our diverse communities. We will not stand for anything less. We are committed to ensuring that our citizens feel safe and secure because there is no place in our society for intolerance, hatred or prejudice. More importantly, we must never relent on the basic rights and principles we embrace as a state and a nation.”

Over the past several weeks, State Police have been conducting target-hardening measures at religious institutions and OHSP has been providing increased security training at houses of worship.  In addition, the Attorney General’s Office is now offering a $10,000 reward for tips from the public leading to a bias crime conviction. These measures are part of the Office of the Attorney General’s comprehensive plan to combat bias crimes.  The Division of Criminal Justice (DCJ) has conducted training on reporting and responding to bias crimes for over 100 law enforcement officers and representatives from State Police, federal agencies and all 21 County Prosecutors.  The County Prosecutors, in turn, are responsible for providing the same training to municipal police departments, and have designated bias crimes liaisons.

“Given the recent threats and other hateful messages directed against our Jewish, Muslim and African American friends, among others, our office is taking action on multiple fronts to protect the public and alleviate fears,” stated Attorney General Chris Porrino. “As Attorney General, I can assure you that my office shares the community’s concern over the despicable and cowardly acts that have been reported.  We are committed to identifying and prosecuting anyone engaged in such acts of hate, and we urge the public at large to take advantage of our new reward program by being vigilant in providing tips and leads through our hotline and our web portal.”

The plan also includes education and outreach to the general public as well as community and faith-based leaders throughout the state. Among other efforts, representatives from the Division on Civil Rights recently spent four days on the campus of Rutgers University talking with students about state discrimination laws and how to report bias incidents. Porrino noted that an educational flier containing frequently asked questions about bias activity and how to report it has been distributed as part of focused community outreach, and is also available to the public at www.nj.gov/oag/bias.

"Our day-to-day vigilance of critical infrastructure around the state is constantly supported by current threats and trends," said Colonel Rick Fuentes Superintendent of the New Jersey State Police.

OHSP is providing threat intelligence briefings, security trainings, and free site assessments to religious facilities in New Jersey to help identify vulnerabilities, provide recommendations on protective measures, and mitigate risk. OHSP also facilitates the Non-Profit Security Grant Program (NSGP), which provides funding support for target hardening and other physical security enhancements to nonprofit organizations that are at high risk of a terrorist attack. Last year, New Jersey received over $4.2 million in federal grant funding for 58 nonprofit organizations and religious institutions. OHSP is hosting a grant writing workshop on March 16 for those eligible to apply under the FY17 NSGP. To register, visit www.njohsp.gov.

“We take these threats very seriously, and our first priority is to ensure we are engaging the community through a variety of mechanisms such as the statewide Interfaith Advisory Council, which brings together faith-based leaders and government representatives at the federal, state, and local levels,” said OHSP Director Chris Rodriguez. “During these trying times, we remain united in a common purpose to ensure every citizen can gather and worship in a safe and secure way.”

To report a bias incident, the public should contact local police or their county prosecutor.  Bias incidents should also be reported to the New Jersey Division of Criminal Justice at 800-277-BIAS or www.nj.gov/oag/bias.

Additional information about the reward is available at www.nj.gov/oag/bias.  Reward funds are being made available through criminal forfeiture assets. 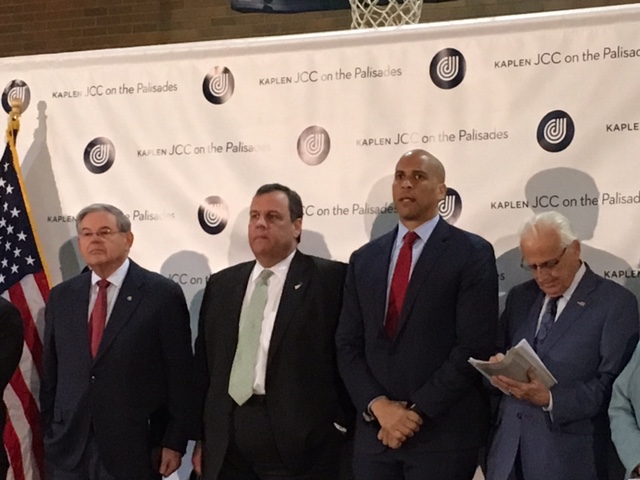 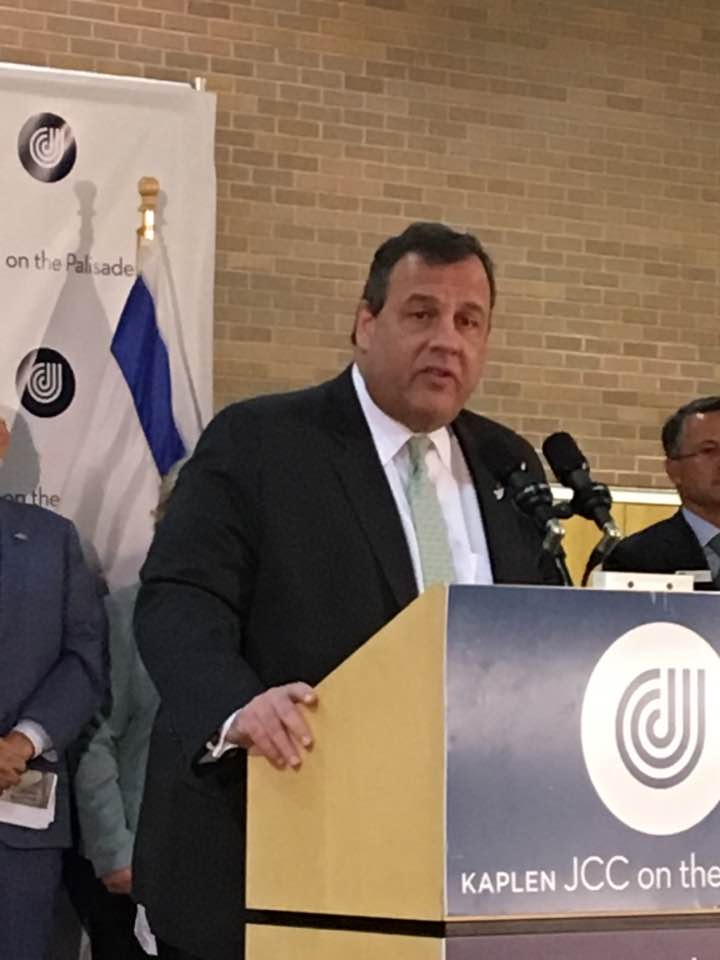 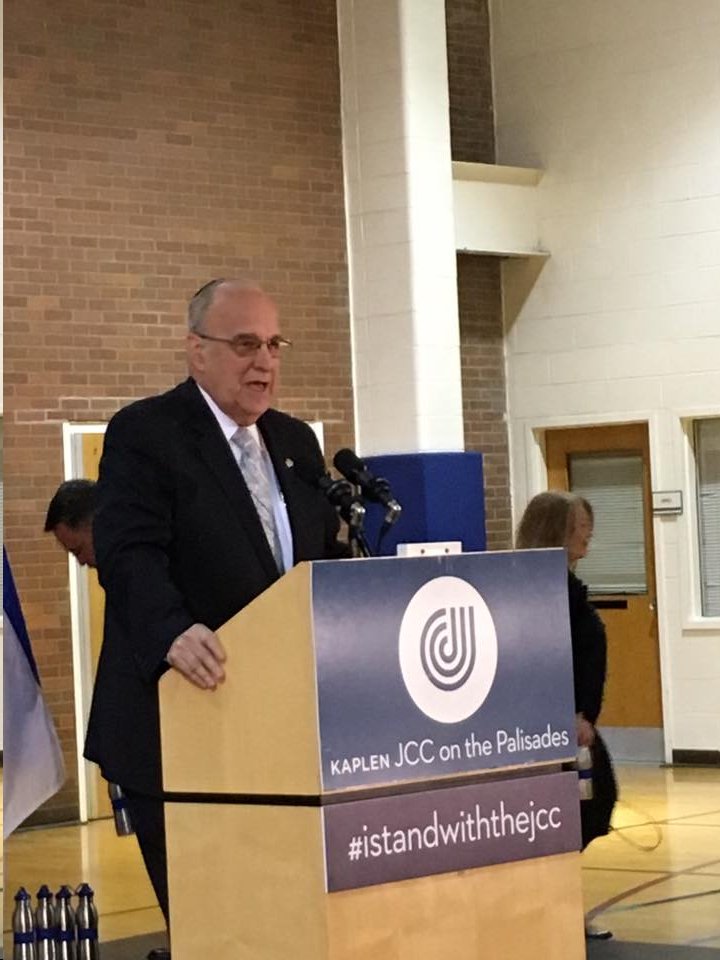 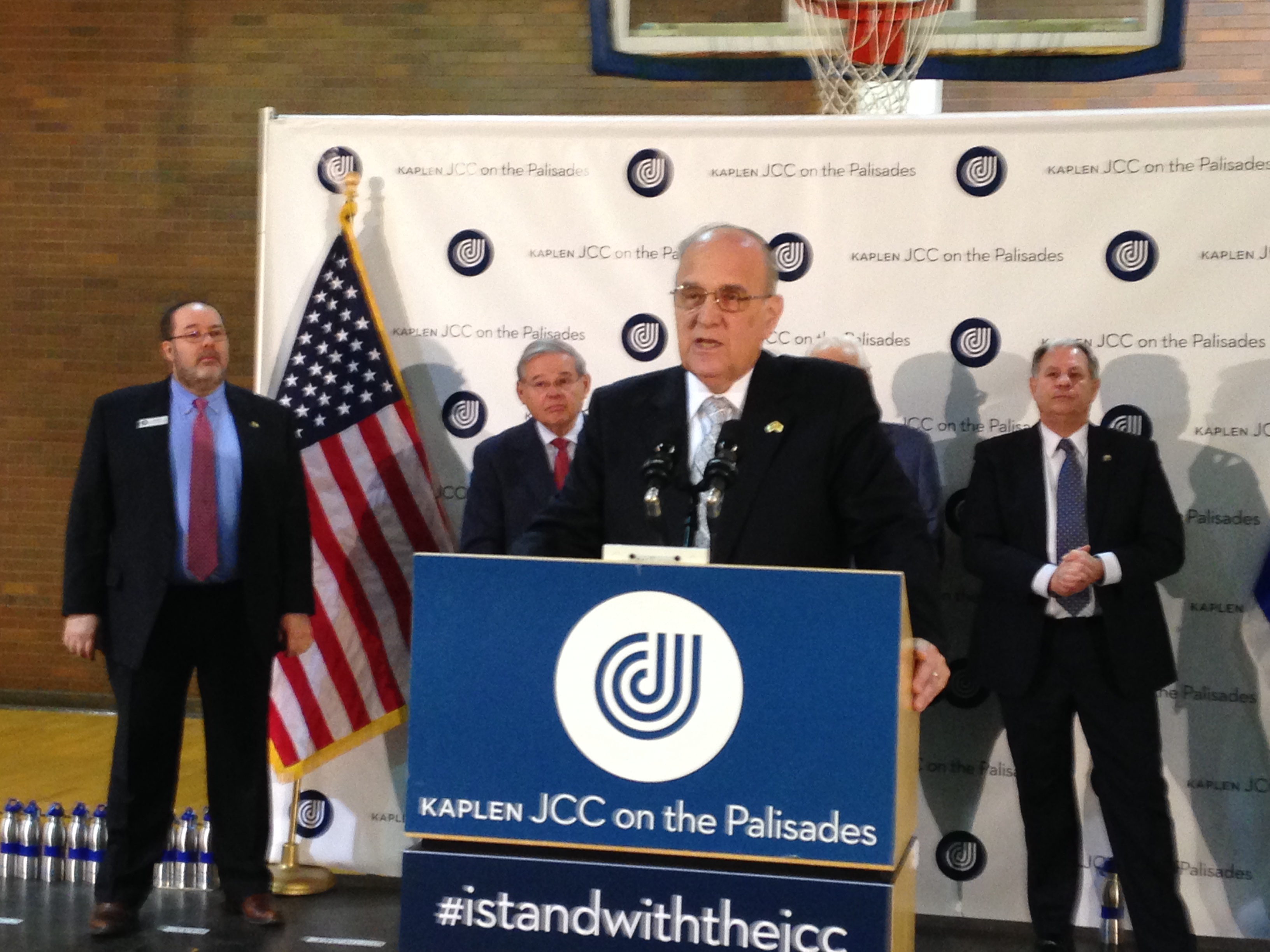 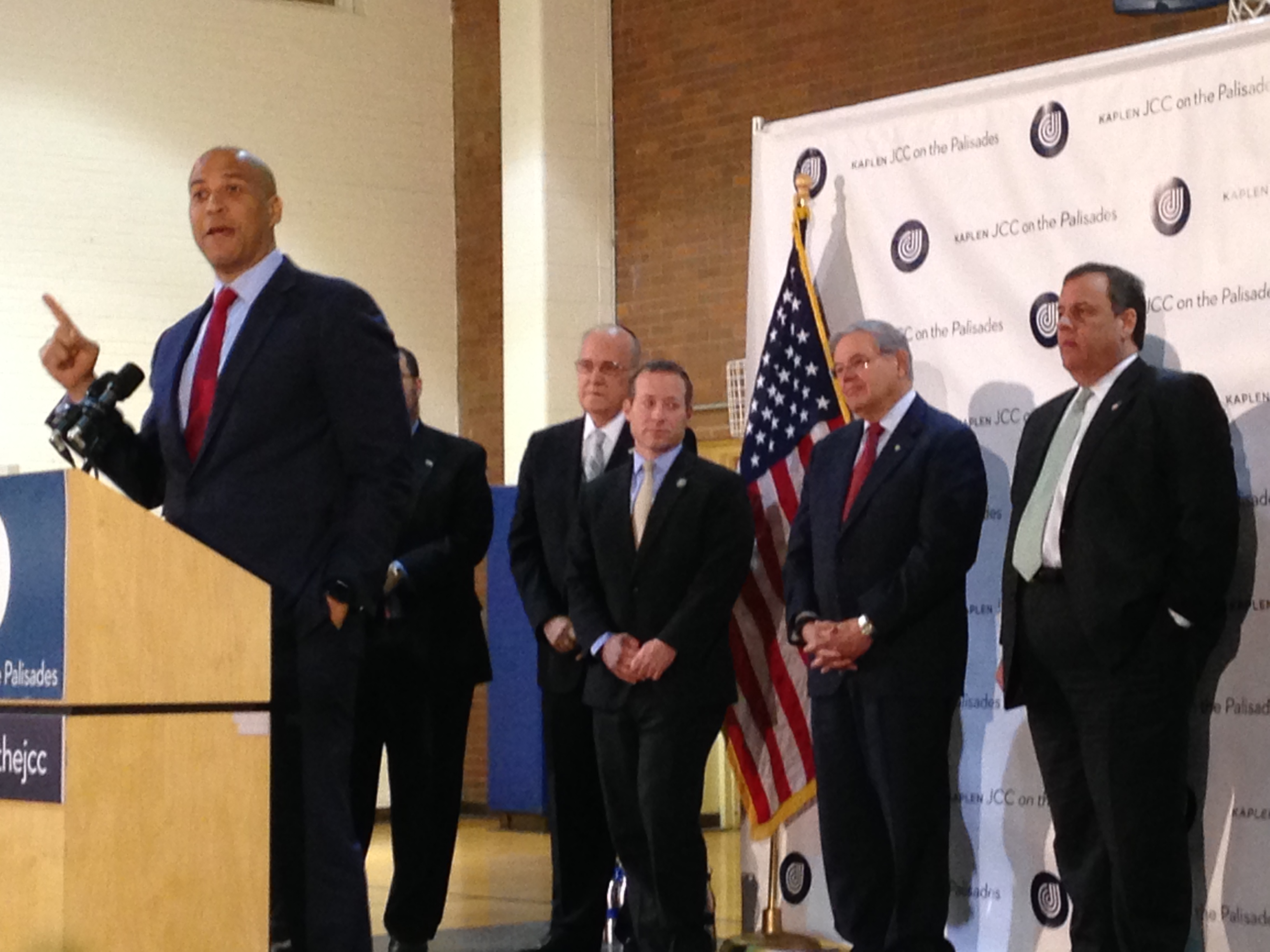