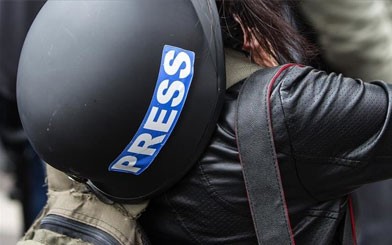 By Dan Rozett, Jewish Federation in the Heart of NJ's Manager of Community Relations and Israel Engagement

On May 11, during clashes between Palestinian terrorists and Israeli troops, Al Jazeera journalist Shireen Abu Akleh was tragically caught in the crossfire and killed while doing her job. Abu Akleh was reporting from the Palestinian city of Jenin, where Israeli security forces were conducting operations the Israeli government says were aimed at disabling terror infrastructure connected to approximately two months of Palestinians terrorist attacks across Israel and the West Bank, in which 19 Israelis and non-Israeli civilians have been killed.

The aftermath of Abu Akleh’s death, marked by further clashes, has resulted in the latest public relations battle between Israeli and Palestinian officials, both claiming the other side is at fault and offering conflicting accounts and conclusions.

While perhaps more questions than answers define the current situation, the following points lay out what is known and not known to this date – and acknowledge questions that deserve to be answered for the benefit of those who seek to reject further division between Israelis and Palestinians, and instead seek paths to peace.

Reporters who cover war all over the world are in harm’s way. Too many pay the ultimate price and their deaths in the line of duty go largely – and yes, perhaps shamefully – unnoticed beyond their families, friends, and colleagues.

We mourn the lives of every journalist who has died while doing the job of attempting to shine light on the truth and answer the world’s pressing questions. In their honor, the following question deserves to be answered: Why is it, when Israel is involved, a different set of rules apply?

Dan Rozett is Jewish Federation’s Manager of Community Relations and Israel Engagement. He is a native of Middlesex County and a graduate of local Jewish day schools, who returned to the U.S. in 2015 after living in Israel for 20 years. In Israel, Dan served in an IDF combat unit and combat reserves and worked in the fields of educational tourism and patent administration. Returning to the U.S., Dan chose Jewish communal work to serve the Jewish community, share his love for Israel, connect as many people as possible to Jewish causes and the Jewish homeland and lead efforts to fight anti-Semitism and all hate in the heart of NJ.