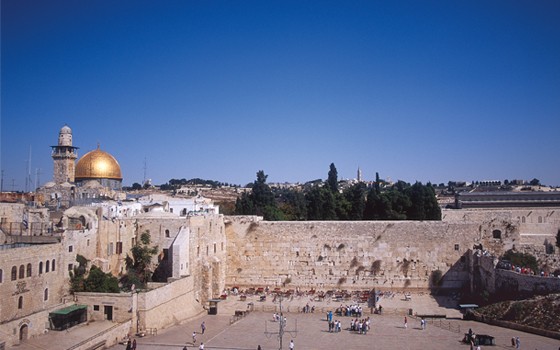 The Jewish Federation in the Heart of New Jersey is pleased to share with you the monumental decision by the Israeli Government to create a permanent egalitarian prayer space at the Western Wall. The Federation is proud to say it had a hand in making this happen, through support of our partner, the Jewish Agency for Israel.  The Jewish Agency provides support to the Reform, Conservative, and Orthodox movements in Israel, and played a unique role in moving lawmakers in Israel toward this decision. The plan, approved late last week, recognizes the prayer rights of women and Reform and Conservative Jewry to pray the way in which they are accustomed at Judaism’s holiest site.

Read the official joint statement below:

We applaud Israel’s historic decision to create a permanent egalitarian prayer space at the Western Wall. The Cabinet’s approval Sunday of the new space is a dramatic, unprecedented and critical acknowledgement by the State of Israel that Judaism’s holiest site — the Kotel — should incorporate the traditions of the Masorti (Conservative) and Reform streams, in which men and women pray together.

The new prayer space will be jointly governed by a new body that will include Women of the Wall and the Masorti and Reform movements and will be led by the Chair of the Executive of The Jewish Agency for Israel.

The decision sends a powerful message to Israelis and Jews across the Diaspora about the permanent value of Jewish pluralism and about what we can do when we work together. Though much work regarding the implementation of this decision still remains, it is because of our perseverance and commitment to Jewish peoplehood that we are measurably closer today to the ultimate symbol of that reality — one Wall for one people.

We are grateful to Women of the Wall and Anat Hoffman, who spent 27 years working toward this moment in our collective history. Without their efforts this historic achievement would not have been realized. The role of Jewish Agency Chairman of the Executive Natan Sharansky also cannot be overstated. We thank Israeli Cabinet Secretary Avichai Mandelblit and Prime Minister Benjamin Netanyahu.