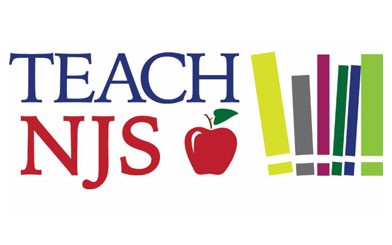 The Jewish Federation in the Heart of New Jersey thanks the NJ Legislature for passing bills doubling per student security funds for nonpublic schools, incuding religious schools. The bills are now with Governor Murphy awaiting his signature. We look forward to the Governor's signing the bills to enhance safety for children attending religious and other nonpublic schools.
Teach NJS, a leading advocacy organization for New Jersey’s nonpublic school children, issued the following news about this positive development. The Jewish Federation in the Heart of New Jersey is a proud partner of Teach NJS as part of our commitment to enhancing security in all the places Jews gather.
Teaneck, N.J. – Teach NJ, the leading advocacy organization for New Jersey’s nonpublic school children, applauds the New Jersey Legislature for unanimously passing legislation today that would double security funding for nonpublic schools to a record $22.6 million. It now encourages Gov. Phil Murphy to act swiftly and sign the new legislation into law to enable the state’s nonpublic schools to implement sorely needed security enhancements to protect their students and staff.
The twin bills adopted by lawmakers, A.4597 (passed 78-0) and S.3080,(passed 38-0) would increase the security allocation for the state’s nonpublic schools to $150 per student for the current school year. The funds would enable them to pay for additional safety measures ranging from hiring more security officers and providing special training to educators to installing security equipment such as alarm systems and metal detectors to help keep the state’s 150,000 students and educators safe from potential attacks.
“We are particularly appreciative of the leadership of Assemblyman Gary Schaer (D-36), who initiated and championed the legislation along with Assembly members Lisa Swain (D-38) and Christopher Tully (D-38) as well as Sens. Paul Sarlo (D-36), Vin Gopal (D-11) and Joseph Lagana (D-38). Teach NJ also thanks the many other lawmakers and legislative leadership in both houses who put their strong support behind these critical bills,” said Dan Mitzner, Director of State Political Affairs for Teach NJ’s national umbrella organization, the Teach Coalition.
Said Teach NJ Chair, Sam Moed, “This allocation will provide critical funding to keep our children in nonpublic schools safe and secure. It narrows the gap in the state’s disparate treatment of public and nonpublic school students regarding security, healthcare and other areas. We look forward to Gov. Murphy’s continued support on this issue and encourage him to sign this legislation immediately so that kids in nonpublic schools can benefit from the additional protections this funding will provide.”
The state spends an average of $205 in security funding per public school student, almost 40 percent more than for nonpublic school students.
The need for increased security funding in New Jersey’s 1,000 nonpublic schools was underscored by the October massacre at a Pittsburgh synagogue in which a gunman killed 11 people. A recent FBI report showed that reports of hate crimes nationwide have been increasing; 20 percent of the incidents involved religious bias.
Teach NJ has been on the front lines of the fight to increase security funding for nonpublic schools, many of which are religious and face a disproportionate threat. The nonpublic school community includes Catholic, Jewish, Muslim, Christian, Seventh Day Adventist and other children who would directly benefit from this aid.
Teach NJ, a division of the Teach Coalition, was founded in 2015 to advocate for equitable government funding for New Jersey nonpublic schools. It has secured an additional $100 million in funding for day schools, which is used to increase security, enhance education and defray higher tuition costs. Approximately 170 day schools and yeshivas receive support through Teach NJ’s efforts. For more information, visit https://teachadvocacy.org/newjersey