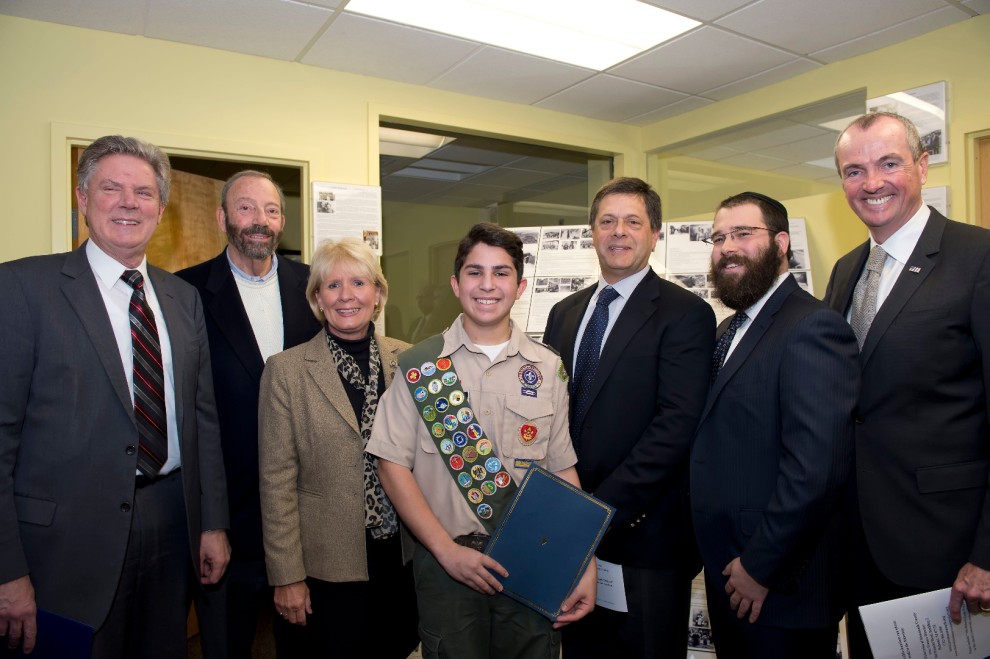 On Sunday, February 1, 2015, Alex Roberts from Ocean Township, New Jersey, Boy Scouts Troop 76 Monmouth Council; Thunderbird District, was recognized as an Eagle Scout for his achievements by the Boy Scouts of America. For Alex’s Eagle Service Project, he created a Holocaust Memorial to honor the Survivors of Monmouth County, New Jersey, and to combat Holocaust denial. The Memorial will be displayed at the Jewish Federation in the Heart of New Jersey and will travel to schools, religious institutions and museums to create awareness and to educate the community about the importance to never forget.

“I was inspired by Ira Lulinski, a very special man who I know from my Synagogue,” said Alex. “When I learned about his horrific encounter with the Nazis as a young boy in Poland, it made me think about the millions of people who had suffered. I wanted to create something that would teach people about the Holocaust and combat Holocaust denial."

A website, which includes a 30-minute video with historical facts about the Holocaust as well as features from the survivors’ stories, can be found at theholocaustsurvivorsproject.org.

Schools, synagogues, museums, and municipalities interested in using this Memorial for educational purposes at their institution, kindly contact the Jewish Federation at (732) 866-4300 or email theholocaustsurvivorsproject@gmail.com.