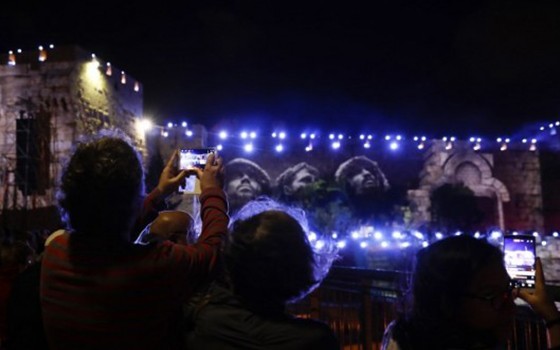 Fifty years ago, on the third day of the Six Day War, the Jewish Nation finally fulfilled the 3000-year-old dream of re-establishing a sovereign Jewish State, when Israeli forces entered the Old City and Motta Gur, commander of the Paratrooper Battalion sent out a radio message declaring “The Temple Mount is in our hands!”

You might be thinking that I have made a mistake since the State of Israel was established 69 years ago, not 50 years ago and therefore the dream of re-establishing a Jewish State had been fulfilled years earlier. It is true that when independence was declared in 1948, Jews all over the world were overwhelmed with joy. However, there was still a crucial part of the dream not yet realized.

During the War of Independence, the battle for Jerusalem lasted eight months, but the newly formed Israel Defense Force was unable to take control over the Eastern part of the city. There stood the only physical reminder of the Temple, the Western Wall. Our journey home was not complete.

The words of the Hatikvah written by Naftali Herz Imber amplify what we have longed for, for ages.

“As long as the Jewish spirit is yearning deep in the heart,
With eyes turned toward the East, looking toward Zion,
Then our hope - the two-thousand-year-old hope - will not be lost:
To be a free people in our land,
The land of Zion and Jerusalem”

The “hope” was to be a free people in our own land WITH Jerusalem (Zion). Indeed, the Jews had become free in their own land but without a unified Jerusalem and therefore the people of Israel were not whole and the country not yet intact.

Israel, is the center of our Jewish lives, but Jerusalem is the core, the seed from which Judaism blossomed. Our Eternal City, rich with Jewish history and Jewish life, is the beacon of our hope, the source of our future, and the unbreakable foundation on which the Jewish people stand as one nation, one people.

For centuries, Jews have prayed toward Jerusalem, written countless songs and poems about her beauty, her grace and her holiness. From the Book of Psalms, to Yehudah HaLevi and Naomi Shemer, Jewish literary authors and their works, have held the highest praise for Jerusalem and have never abandoned her and the desire to return to her. To this day, at Jewish weddings, the most joyous of occasions, and to never forget the destruction of the Temple and the city, we recite the verse from Psalm 137, “If I forget you, O Jerusalem, may my right hand forget [its skill]. May my tongue cling to my palate, if I do not remember you, if I do not make Jerusalem my greatest joy!”

Jerusalem is the soul of the Jewish Nation and the re-unification of the city, on the 28th day of the month Iyar (June 7th, 1967), was our re-birth. Free and self-governing Jews of the 20th century were touching the same stones and walking the same streets as their ancestors did thousands of years before. The Jewish people were once again the sovereign rulers of the City of Gold, Zion, Ir Elohim (God's city) and could worship freely in His city.

The price was 182 Israeli Soldiers killed in action and 20 Israeli civilians killed in the cross fire, never to be forgotten for their sacrifice and their role as the unifiers of Jerusalem. On that day, modern Jewish soldiers stood together with the ancient souls of the Jewish defenders of Jerusalem, sharing in the victory, euphoria and awe of that moment. After several millennia, the Jewish Homeland was whole again.

Yerushalayim (the Hebrew name of the city) comes from two words: Ir and Shalem. Ir means city. The second part is Shalem (completeness) which stems from Shalom, peace. Jerusalem, means the City of Peace. In the words of a good friend of mine, “as long as there's conflict in Jerusalem, we have not found a way to bring completeness and peace into the world.”

Commemorate Jerusalem Day with the Six Day War Project! For 4 weeks, you'll receive 12 short videos that will teach you exactly what happened 50 years ago today! Sign up now for this FREE offer!