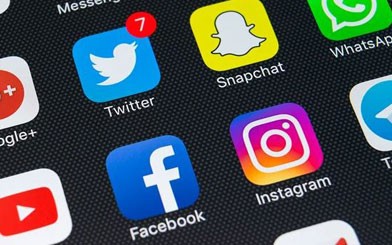 On September 29th, 2020, Representative Ted Deutch announced the formation of an Inter-Parliamentary Task Force to Combat Online Anti-Semitism as a response to an “alarming increase in antisemitic incidents across the globe, with many originating online.” As social media posts do not stop at international borders, members of the national legislatures of Australia, Canada, Israel, the United Kingdom, and the United States have come together across party lines to launch the initiative.

As mentioned in Jewish Federation’s ongoing community briefings on the state of anti-Semitism, white supremacists around the world are taking advantage of the digitalization of information to share ideas and tactics on how to unify online fascists into a network of trained soldiers for a so-called forthcoming “race war.”

Conventional social media platforms as well as the “dark web” have become catalysts for spreading hate across the globe. According to Rep. Deutch the goals of the task force would include “establishing consistent messaging and policy from legislatures around the world in order to hold social media platforms, including Twitter, TikTok, Facebook, and Google, accountable.”

Members of the Inter-Parliamentary Task Force to Combat Online Anti-Semitism include lawmakers from the governments of the United States, Australia, Canada, Israel, and the United Kingdom, including Rep. Chris Smith (R-NJ 4th District).

In January 2020, Jewish Federation in the Heart of NJ leadership met with Rep. Smith (among others) during an advocacy mission to Washington to discuss the rise of anti-Semitism in Monmouth County, New Jersey and the world. At the heart of the discussion was a request to keep efforts to combat anti-Semitism at the top of the Congressman’s priority list, which it seems it has.