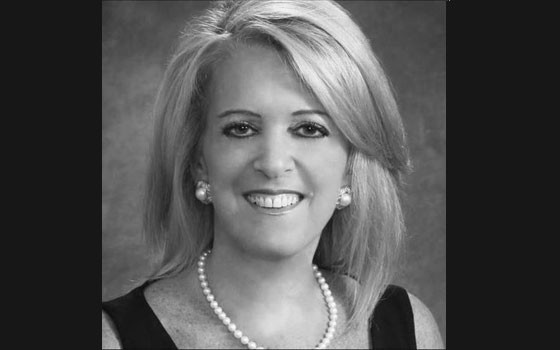 Linda Block of East Brunswick will be honored this coming January by The Jewish Federations of North America (JFNA) National Women’s Philanthropy with its Kipnis-Wilson/Friedland Award. The prestigious, internationally-recognized award is given to Lions of Judah who have demonstrated the highest ideals of leadership and involvement. Winners are chosen by their communities for their extraordinary commitment to the Jewish world. Linda will be presented with the Kipnis-Wilson/Friedland Award at JFNA’s International Lion of Judah Conference (ILOJC), January 13-15, 2019 in Hollywood, FL.

Lions of Judah (Lions) are philanthropic Jewish women of all ages, uniting as an international sisterhood of global advocates who care deeply about the Jewish future. Every Lion makes a commitment to give at least $5,000 each year to her local Jewish Federation’s annual campaign.

More than 1,000 of the world’s most influential female philanthropists from the United States, Canada, Israel, Mexico and the United Kingdom are expected to attend this year’s Lion conference with the stated purpose of harnessing their collective ability to strengthen the Jewish community now and for the future.

“Together, we will examine the changing face of our world. Hear from leaders, innovators, and entrepreneurs. Be inspired. Inspire new Lions. Give back. And empower one another to do even more,” according to ILOJC co-chairs, Joan Lubar and Marcie Orley.

“No one exemplifies commitment to giving back more than Linda Block,” said Susan Antman, long-time Lion of Judah also from East Brunswick, and executive vice president of the Jewish Federation in the Heart of New Jersey. “Living by Jewish values, especially the value of tzedakah, is forefront in all Linda does as a parent, a professional, and a community problem-solver.”

Antman describes Linda Block as a dedicated compassionate supporter of the Jewish Federation for over 20 years.

Linda says her passion for strengthening Jewish community led her to serve the Jewish community as president of the local Federation’s Woman’s Division and positions on its nominating, campaign, and executive committees.  Linda currently sits on the Jewish Federation in the Heart of New Jersey’s Israel Action Committee and is a member of the board of trustees.  She has been a Lion of Judah since 2007 and endowed her Lion shortly after that – ensuring her annual gift to the Jewish Federation continues in perpetuity.

As a current and long-time board member of JFNA’s National Woman’s Philanthropy, Linda has chaired several missions to Israel, and participated in several Campaign Cabinet missions. Campaign Cabinet is a group of high-level, experienced leaders that inform JFNA’s fundraising vision, strategy, and priorities.

Linda took part in every Heart to Heart Mission and was accompanied by her daughter Shannon for five of them. Linda says she was drawn back each time by the relationships she developed with dynamic and like-minded women from all over North America and Israel and their shared mutual love and passion for Israel.

In 2017, Linda assumed the role of co-chair for the Ethiopian National Project’s (ENP) “Project 1460,” providing Ethiopian students in Israel with tools to achieve success in Israeli society. She became involved in ENP following her participation in the airlift of Ethiopian Jews in 2012, where she was joined by her son, Jourdan.

Linda has also traveled with her son Bradley to Russia and Siberia, meeting with Jewish families, young adults, and educators – forming bonds that still exist today.

The Kipnis-Wilson/Friedland Award was established in recognition of Norma Kipnis-Wilson and Toby Friedland (z”l), co-founders of The Jewish Federation of North America’s Lion of Judah program. Each winner is recognized at the biennial ILOJC.