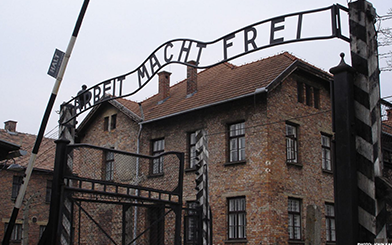 Jewish Federation has recently learned through the New Jersey Holocaust Commission about an opportunity offered by the Julius and Dorothy Koppelman Holocaust/Genocide Resource Center of the Center for Diversity and Inclusion at Rider University. Kindergarten through twelfth grade teachers who are concerned with confronting prejudice and furthering social justice through the study of the Holocaust or other genocides in their curriculum are eligible for teaching grants in the amount of $400.

Information on how to apply can be found here: https://bit.ly/2E8HYJY

This news coincides with a troubling report from The Conference on Jewish Material Claims Against Germany (Claims Conference), which commissioned Schoen Cooperman Research to conduct a comprehensive nationwide study of Holocaust Knowledge and Awareness among Millennials and Gen Z, as well as in each state. The results were shocking, exposing a disturbing gap in Holocaust education. For example, in New Jersey, 43% cannot name a concentration camp or ghetto, 13% believe Jews CAUSED the Holocaust and nationally 63% do not know that six million Jews were murdered during the Holocaust.

The Claims Conference study shows that 59% of the respondents believe that the Holocaust can happen again. Education is a key component in preventing this, and Federation will do everything possible to make sure that “Never Again” means never again.

Jewish Federation is committed to advancing and supporting local programs that educate about the Holocaust by advocating with lawmakers for increased Holocaust education in public schools; bringing teens to meet Holocaust survivors through our J-SERVE and other programs; and sponsoring educational programs at the Center for Holocaust, Human Rights & Genocide Education (Chhange) as well as promoting other educational initiatives that combat hate.