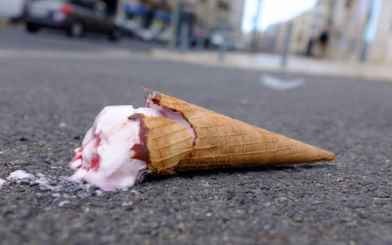 Ben & Jerry's and its parent company, Unilever, are trying to appease a global campaign of hate called BDS, by cutting ties with its factory in Israel.

Email Ben & Jerry's & Unilever Now! Urge them to reject hate, reject BDS, and do what they can to uplift Israelis and Palestinians alike. TAKE ACTION

For more information, on Ben & Jerry's announcement, please see the below message from the Consulate General of Israel, New York:

As you know, last Monday Ben & Jerry's announced that they plan to "End Sales of Our Ice Cream in Occupied Palestinian Territory." According to their press release, Ben & Jerry’s have also informed the Israeli licensee that they will not renew the license agreement when it expires at the end of next year. So, in essence, the decision is a de-facto boycott against Israel as a whole.

Ben & Jerry’s decision to cease the company’s activity in Israel represents surrender to, and shameful cooperation with, the boycott efforts led by BDS.

The company's decision hypocritically stands in opposition to the values of social responsibility and reeks of cancel culture. Ben & Jerry's surrendered to these elements despite knowing that its Israeli licensee operates in accordance with best social responsibility practices, as it is active in improving the lives of Palestinians, among others, and promoting dialogue between peoples.

Shutting down Ben & Jerry's operations in Israel will directly harm 160 workers and their families. They come from across the entire spectrum of Israeli society and include Jews, Arabs, new immigrants, and refugees from Africa. Now they all face losing their jobs and their only source of income.

Just a few weeks ago, the people that stand to be directly harmed by this decision suffered under a relentless barrage of rockets, fired by Palestinian terrorist organizations.

The boycott is not aimed at advancing peace, coexistence or a peaceful resolution to the conflict. Quite the contrary.

The Unilever global corporation is Ben & Jerry's parent company. We expect that it will clearly express its opposition to the decision and act to correct it.

We call on every person who cares about peace to make their opposition heard and to use appropriate measures at their disposal to work to change the decision.

I wanted to take the time to update you on the various developments since this announcement was made a week ago.

-             The US State Department reaffirmed its opposition to the BDS movement (https://www.timesofisrael.com/us-state-department-vows-to-oppose-bds-after-ben-jerrys-settlement-pullout/?utm_source=InforuMail&utm_medium=email&utm_campaign=B%26J)

-             Tom DiNapoli, the New York State Comptroller as a Trustee of the State Pension Fund stated that he was "troubled and concerned" by reports that Unilever is involved in BDS activities in a letter reported on here (https://nypost.com/2021/07/23/ny-pension-fund-puts-unilever-on-notice-for-ben-jerrys-sales-ban/)

-             The New Jersey Department of the Treasury put out a statement on Friday that their Division of Investment is investigating whether actions must be taken in line with the state's anti-BDS law. https://twitter.com/NewJerseyIsrael/status/1418584168481624066?s=20)

-             Morton Williams, Gristedes and other chains of grocery stores have decided not to sell or to reduce the shelf space allocated to Ben and Jerry's due to this decision. (https://www.algemeiner.com/2021/07/25/another-supermarket-chain-takes-action-against-ben-jerrys-over-boycott/)

-             The Foreign Ministry today released a series of tweets exemplifying how this decision by Ben and Jerry's will impede social justice rather than promote it.

Thank you all for your ongoing support, friendship and leadership during these challenging times.