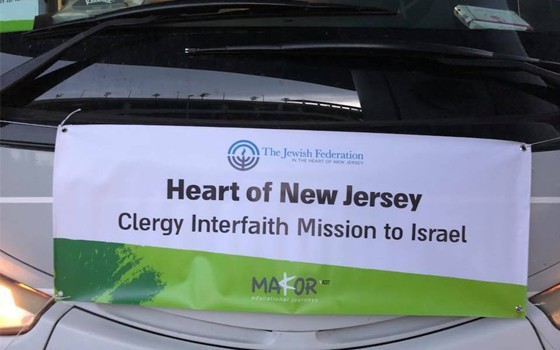 On January 16, 2018, The Jewish Federation's second Interfaith Clergy Mission landed in Israel. This blog was written by the Federation's CEO Keith Krivitzky, from the ground, day one.

Flying on ELAL’s new Dreamliner is great – until you realize that with its faster speed combined with favorable weather conditions…there really isn’t enough time to get a good night’s sleep.  Especially when you leave at 1:30 in the afternoon.  Seen in this light, the shorter passport control lines at 5:30 in the morning are really not such a consolation.

Imagine 14 Christian clergy, 2 Muslim clergy and 4 rabbis stumbling around the Old City of Jerusalem – bleary-eyed and in cold and wet weather no less – and you might think you have the makings of a joke.  Yet, the purpose of this trip is incredibly serious, even as we try and ensure everyone has as much fun as possible.  And we’re off to a good start.  Despite the sleep deprivation, early hour, and slippery walkways, the enthusiasm of everyone participating on the Jewish Federation in the Heart of NJ’s Interfaith Journey to Israel is heartwarming and this promises to be the start of an amazing adventure.

We started organizing these special clergy experiences because we realized that, with all the noise and misinformation that exists about Israel, it is important to educate as many community leaders and influencers as possible about the realities of life, the challenges, and the promise of modern-day Israel.  This isn’t so much an advocacy trip, but an opportunity to show that things are complicated – certainly more complicated than implied by the BDS movement or even coverage in the media.  The clergy participating on this journey have the potential to reach thousands of community members in our area through their congregations and the follow up enabled by the Jewish Federation.

I want to thank the donors who have helped make this special program possible, as well as the tourism industry in Israel that subsidizes our travel with the aim of encouraging more congregational and faith-based travel to the Holy Land. 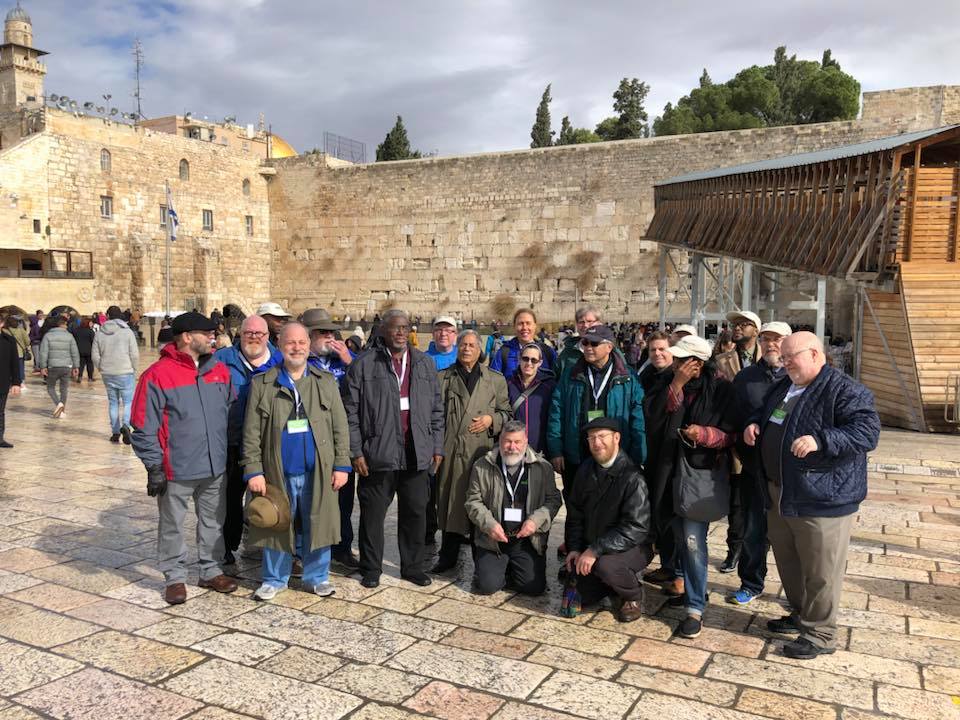 I hope to provide ongoing updates both during and after the trip, but I want to leave you with a visual about why experiencing the reality here first hand is so important.  After stopping for a panoramic overlook and overview of the Old City of Jerusalem – complete with a traditional welcome for special guests consisting of wine and a shehecheyanu blessing – we made our way to the Old City.  Right as we were entering the Kotel plaza, first we heard music and shofars blowing to announce the arrival of several Bar Mitzvah celebrations, followed by the muezzin’s call from nearby mosques calling Muslim worshippers to prayer, followed right away by church bells sounding throughout the Old City.

The look on the faces of several of these clergy at this moment struck me as a combination of surprise and awe.  For most it is their first visit to Israel.  To see realization dawning that a) it’s amazing how present and in close-quarters you find different faiths and identity here, b) they all coexist to one degree or another, c) this story isn’t what gets conveyed in the news or in most discussions in the US, and d) they could have a role to play in sharing this reality with others…is so freaking cool.

Thanks for your support.  I’ll share more in the near future – but also check out the Jewish Federation's Facebook page, to see snapshots from this trip.