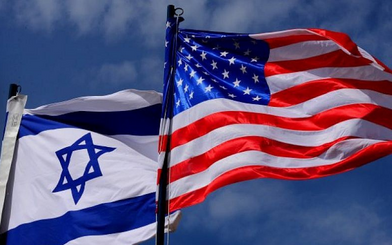 During the opening sequence of Fiddler on the Roof, as the cast sings Tradition!, one of the townspeople asks the rabbi of the small Jewish community of Anatevka “Rabbi, is there a blessing for the tsar?” Without missing a beat, the rabbi responds “may G-d bless and keep the tsar – far away from us!” Tradition!

The Jewish people have always recognized the importance of the governments under which we live. Our prayer books have prayers for the governments and the sovereigns. It is in fact a Jewish tradition to be both leery of the governing authorities but also to be respectful of them and to maintain good relations for the sake of the health and well-being of the community.

So it is natural that important and bitterly fought elections raise our anxiety. Any one such election would be a challenge to navigate, but two in two weeks – one in Israel and one in America – put our radar on high alert.

And both elections are not yet really over. In Israel, the coalition negotiations to form a government are not yet completed, and in the US not all congressional races have been decided. So, in truth, we don’t yet know the final makeup of either the government of Israel or the United States for the coming year.

Different organizations have different roles to play during this period of uncertainty. Politicians have to focus on getting all the votes counted and selecting their leaders. The media wants to keep us all informed every step of the way, including all the twists and turns, reporting on both the trial balloons that various political figures send up and the real decisions that are made.

We in the Jewish Federation system have a role to play too. We must clearly communicate to those who will take office what the priorities of our community are, and how various ideas suggested by candidates for office or for leadership positions affect us.  We also must reassure our own communities and stakeholders that we are looking out for their interests, especially with regard to policies that affect the Israel-Diaspora relationship and our safety and security at home.

The challenge, of course, is that these two responsibilities are occasionally in conflict. The best and most effective way to communicate with incoming leaders is usually in private, seeking to ensure they understand the realities we are all facing without making public demands that can often backfire. On the other hand, private messages clearly cannot reassure our communities that we are acting on their behalf.

The purpose of this message is to assure you – and to encourage you to assure your communities - that we are playing our important role in this time of government formation both in Jerusalem and in Washington D.C. While we can’t and won’t share private messages, I think we can be encouraged by the news reporting, and by private conversations, that both President Herzog and Prime Minister-Designate Netanyahu are taking the appropriate steps within their respective authorities to build a government that reflects the will of the voters and considers the impact of these decisions on the Jewish world as a whole. And our public affairs work in Washington is proceeding with a similar seriousness of purpose, helping to find ways to make our agenda a priority during the next two years of closely divided political power.

Our Jewish Federation tradition is to stay engaged, to understand that our commitment to flourishing Jewish life is an eternal one that will be supported during our time at the helm and passed on to our successors. It goes without saying that our love and commitment to both the United States and to Israel transcends any one government, any one point in time, any particular policy or statement, and certainly any specific elected official.

The opportunities for us to build on the events of the last two weeks to strengthen our communities are plentiful. We look forward to pursuing them together with all of you and with the leaders that the Israeli public and American public have selected.

Jewish Federation in the Heart of New Jersey's Jewish Community Relations Council builds relationships and advocates for Jewish interests throughout the Jewish community and beyond. To get involved, please contact Dan Rozett, Manager of Community Relations and Israel Engagement.