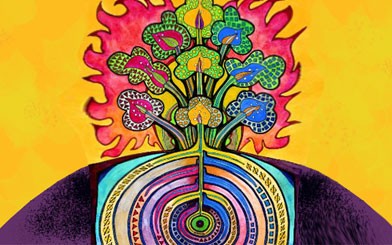 For example, in the last four years, Jewish Federation invested $270,000 to help achieve $9 million in security enhancements for dozens of synagogues, Jewish schools, and Jewish cultural and community centers. If you made a $100 donation, your hundred dollars generated $3,300 in value for this Jewish community — a 33-fold return on your investment making a difference here and now.

The Multiplier Effect echoes One Becomes Many, a familiar Jewish concept.

Setting our sites on the Jewish future, Federation decided about five years ago to invest in the Harold Grinspoon Foundation’s Life & Legacy training and incentive program — sharing it, at no charge, with any and every Jewish organization that chose to participate.

Driving our decision were data showing non-profit organizations will need 20 to 25% of their operating budget from endowments in 20 years to stay financially secure — and learning that most Jewish organizations in our area had no idea how to cultivate legacy giving.

In four years, Federation invested $650,000 and the effort has generated $16.5 million in future value for the more than a dozen participating Jewish organizations to secure their programs and services for generations to come. That’s a 25-fold return on your Federation donation.

We have achieved a three-fold return in PJ Library for kids, 10-fold return on behalf of vulnerable Holocaust survivors, and much more. If you think your donation is not enough to change the world, think again. Every dollar you give to Jewish Federation in the Heart of New Jersey, makes a difference — often more than you know.