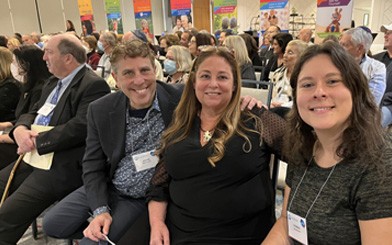 When Cheryl was elected president in 2018, she was already one of Federation’s longest-serving, most hands-on, multi-qualified, and selfless leaders with, then, 23 years on Federation’s board (10 of which she was an officer, such as Treasurer or Secretary).

In 2018, Cheryl could not have known she was embarking on a four-year commitment vs. the usual two. Nor could she imagine she’d be called to help steer our Jewish community through record increases in antisemitic acts, a pandemic, humanitarian crisis caused by war in Ukraine, and a spike in the cost of living.

During a time when meeting the needs in the Jewish community grew increasingly challenging, Jewish Federation, under Cheryl’s leadership, achieved a number of major milestones while continuing to care for those in need, invest in the Jewish future, and push back on the effects of antisemitic bias and threats. For example:

With Cheryl Markbreiter’s leadership, Jewish Federation, its partners, and supporters — together — have done for Jews and Jewish life what none of us could do alone.

Cheryl attributes her involvement in Federation to the example her mother set. We applaud Cheryl for becoming an example, herself, for countless others to give of themselves for a strong Jewish community. 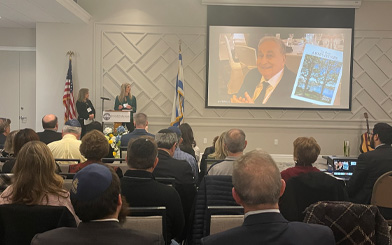 70 years ago Jerry Katcher says he received help from an agency of the Jewish Federations, then known as UJA. Citing that and encounters with Jewish organizations from the Jewish Welfare Board and Chaplain’s Service while serving in the U.S. Army -- to Rutgers Hillel, where as a young married, he and his beloved wife Estelle attended holiday services -- to his tenure with Supermarkets General Corporation, where Jerry helped raise funds for a Federation feeding the hungry – he says “strengthened his resolve to give back when he could.”

After retirement, Jerry became involved in our local Federation with friends and neighbors in his 55-plus community, The Ponds. They established an official Federation group conducting honoree programs and volunteering.

Some years later, Jerry and fellow performers created the Jewbadours promoting Jewish culture through songs, jokes and more in English, Yiddish and Hebrew at synagogues, nursing homes, the JCC, Jewish Family Service, and other venues.

They performed free of charge. If an organization wished to make a donation, The Jewbadours directed it to Jewish Federation.

Recently, the Jewbadours retired their microphones and much of Jerry’s original Ponds Federation group is no longer active.

But Jerry submits a Federation column to The Ponds’ community newspaper like clockwork every month as he has since 2011 -- describing our impact, the need for giving, and the services Federation and partners provide for Ponds residents and others.

At the Annual Meeting, Federation honored Jerry for his decades of service to our Jewish community. 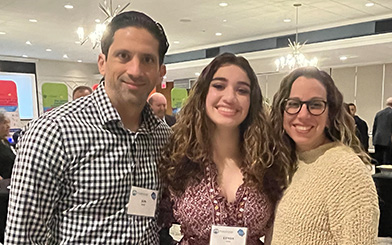 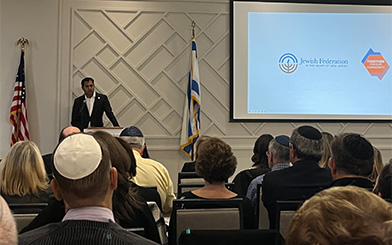 Thank you to Rabbi Aaron Schonbrun for an inspiring d'var Torah and the entire Congregation Torat El family for welcoming us in your home.

Thank you to State Senator Vin Gopal for reporting on our work together addressing Holocaust and genocide education in NJ public schools.

Our gratitude to all the presenters for sharing highlights of your work and impact with Federation and thank you for making our program so substantive and meaningful: 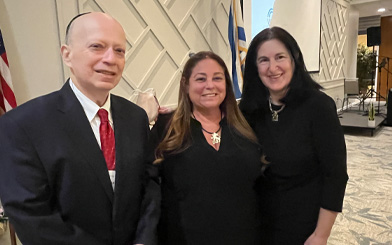