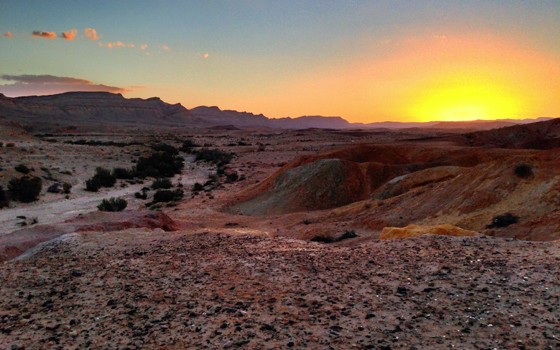 Our modern, 24 hour news cycle dumps a lot of information at our mental and emotional doorstep. Much of it, lately, doesn’t do much to uplift our spirits.

So when we were approached by Jerusalem U with a partnership opportunity to bring Chloe Valdary to our Middlesex and Monmouth communities, we immediately said, “Yes. Yes we will.” Because if there’s one word to describe this millennial leader, it’s ‘inspirational’, and her message is certainly uplifting.

In their recent article previewing Valdary’s visit to the heart of NJ, New Jersey Jewish News describes Valdary as “a Christian Zionist...a rising star in the pro-Israel movement.” Certainly, Valdary enjoys a growing, positive reputation for her work to promote pro-Israel advocacy among students on college campuses -- even as she sparks controversy for challenging common criticisms of the Jewish State and its role in the Middle East.

Chloe Valdary spoke to more than 300 people in two separate events, the first on May 17 at the Marlboro Jewish Center, and the second earlier this week on May 24 at Temple B’nai Tikvah in North Brunswick. The Federation had a chance to ask Ms. Valdary some questions about her work to promote pro-Israel advocacy and how she’s reaching an ever-growing audience of Jews -- especially young Jews.

Federation: You’re not Jewish, yet your admiration for the Jewish people and Israel is compelling. What do you think are some of the reasons your advocacy is resonating with Jews who connect with you?

Valdary: Based upon the feedback I've received from lots of students, I'd say the value I bring is in two areas: initiating a conversation about Israelis that is rooted in the human experience -- as opposed to having a conversation that is political. Secondly, I try to bring in lessons from pop culture and use pop culture as a tool to teach how to tell the story of Israel in a way that resonates.

Federation: Do you feel that, as a millennial and skilled at social media, your use of the digital medium is as important as your message vis-a-vis building a community that is talking about Israel -- especially among your peers?

Valdary: None of these things are mutually exclusive; in fact they are mutually reinforcing. My message works because I am a product of my generation and am thus equipped to speak the language of my generation. And that ability enables me to be effective on social media.

Federation: Do you feel that your invitation to others to embrace and support the human strengths and exemplary mindset that you say is demonstrated by Israel/Israelis is especially convincing because you embrace Israel as a non-Jew?

Valdary: There are some people who will disagree with my answer here but I actually think my success has very little to do with the fact that I'm not Jewish. I'm sure it is a component but I'm not sure as to how relevant it is to my success. If my message were boring or incompetent, I would be ineffective in communicating even though I'm a non-Jew.

Federation: Yom Yerushalayim and the Israel parade are coming up in early June. Why is it important to join with other Jews and show up and participate in these events? Do you think your message obligates Jews and non-Jewish supporters of Israel to flip their switch from passive to active support and acknowledgement of Israel?

Valdary: Yes but that active support should come from an understanding and appreciation of how far the Jewish people have come -- a history which I believe has been taken for granted. And by celebrating the fact that a people has overcome so many obstacles and challenges, one can draw strength in knowing that they too can do the same.

Valdary’s appearance in Monmouth County was paired with a presentation of the Jerusalem U film, “Mekonen: The Journey of an African Jew,” a documentary about the return of an Ethiopian-born Israeli soldier to his native country. Both events were organized and promoted by Dan Rozett, Manager, Community & Israel Engagement for The Jewish Federation in the Heart of New Jersey. Rozett coordinates programs like the one featuring Valdary as part of the Federation’s core mission to help more people connect with their Jewish identity through Israel. 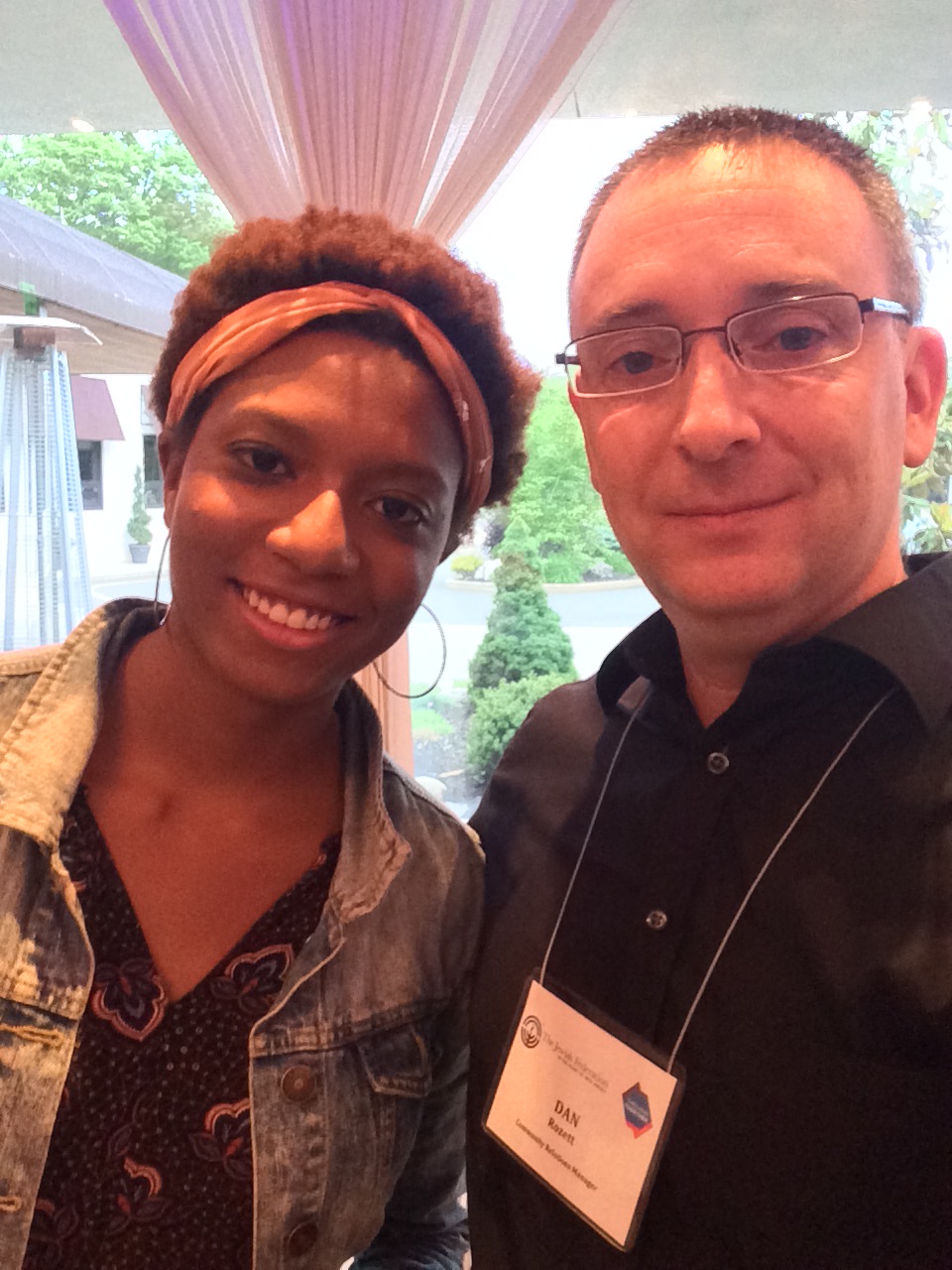 Rozett, pictured above with Valdary, weighed in with some of his own observations about Valdary’s visit to Central New Jersey and the impact of her message, especially for young Jews living on college campuses:

“Chloe Valdary is powerful in reaching the younger generation. Also, adults like her because they are looking for updates on the campus situation. They worry about their children when they go to college and are looking to Chloe for knowledge on the issue and tools for their children to use on campus. Chloe empowers!”

Valdary’s visit to New Jersey coincides with the holiday, Yerushalayim and the upcoming Celebrate Israel Parade on June 4 in New York City. Rozett hopes Valdary’s visit prompts more Jews to enjoy both opportunities to engage with their own Jewish story, “The holiday and the parade are easy ways to connect to Israel and Jewish identity by uniting under the everlasting common Jewish interest, Jerusalem and/or marching in support of the existence of the Jewish State together. It’s about finding the common denominator with others in the community.”

Finally, a special thanks for our partners for their help in bringing Chloe Valdary to New Jersey. The events were co-sponsored by the two synagogues, The Federation and Jerusalem U, a not for profit organization with a mission to provide programs that strengthen the ‘emotional and intellectual connection of young Jews to Judaism and Israel.

Curious about Israel? Ever wonder how you would feel standing at the edge of the Ramon Crater in the Negev Desert or walking through the streets of Jerusalem?

A trip to Israel is in your future...and it’s easier and more affordable than you think.

Thanks to the Federation’s commitment to making Israel travel convenient and affordable for all Jews, missions like the Federation’s Winter Journey to Israel provide excellent opportunities for people to have their own, personal experience visiting the Jewish homeland.

Visit the Federation’s Missions page and choose your own adventure in Israel.