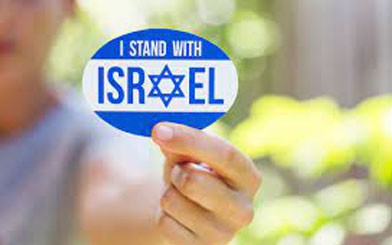 This year Israel experienced many challenges such as on and off pandemic related travel restrictions burdening the economy, a major escalation of hostilities with Hamas, and continued threats from Iran. There were positive developments as well, such as new business opportunities as a result of the Abraham accords, unprecedented security agreements with Arab countries, and as a result of a 4th election, the most diverse coalition government in history including for the first time ever with an Orthodox Prime Minister and an Israeli-Arab party.

The pandemic presented challenges physically connecting Jews in the heart of NJ with the land and people of Israel, but Jewish Federation continued to facilitate connections through online platforms providing access to multiple webinars, Zoom calls and Facebook Live events as well as supporting teen trips to Israel during the summer when COVID restrictions were temporarily lifted.

Looking towards 2021, Jewish Federation will continue to work with our local, national, and global partners to keep the heart of NJ connected to the Jewish homeland through virtual events and programs and hopefully, as soon as possible, in person. Keep an eye out for what comes next!