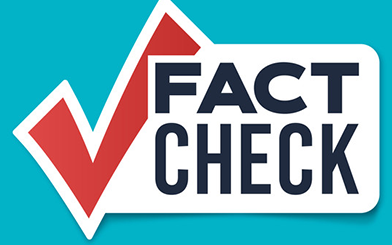 In the last few weeks, NBC has aired two flagrantly anti-Semitic pieces of television, born from ignorance, and presented as entertainment, even comedy. The affronts shocked Jews and all thinking people who seek to squelch hate rather than inflame it, no less with falsehoods.

We value freedom of speech, including political satire. Legitimate criticism of political leaders and government policy is a key component of a democracy and Israel is no different than any other democracy. However, legitimate criticism must be based on FACTS and nothing about what was said on SNL was factual.

The Danger in the Lie: Michael Che’s attempt at a joke was not only misinformed, it made a statement about Jews rather than the Israeli government. It not only fueled today’s anti-Semitism, but also echoed old, false, anti-Semitic tropes about Jews and plagues.

Ignorance: Defenders claim that Che was criticizing Israel for not vaccinating the Palestinian population under Israeli control. For one, his assertion was misinformed. And secondly, he bashed all Jews rather than a country’s policy.

(Attempted) comedy aside, responsibility for SNL’s content must be taken seriously as the “news anchors” are making jokes about real news (current events), affecting real people. Fake news, lies, conspiracy theories, demonization of a country and its people, even from an SNL skit viewed by millions, can fuel anti-Semitism and incite violence.

Spending 10 minutes on google to find the facts, rather than assume and represent ill intent by Jews is all that was needed to avoid this situation.

Two weeks before the SNL gaff, another NBC show about nurses portrayed a Hassidic Jewish patient named Israel, in need of a bone graft. As the doctor explains part of a dead person’s bone would be surgically inserted into Israel’s leg, Israel’s father, with his black hat, coat, beard and payos, reacts in horror, explaining to his son that the bone could be from 'goyim,' an Arab or a woman.

This vile characterization of Hassidic Jews completely disregards the truth. Jewish Orthodox blogger Allison Josephs explains in her February 23 post how wrong this portrayal of Hassidic Jews is and why promoting lies about the Orthodox community is dangerous.

According to a Feb. 24 story in The Hollywood Reporter, NBC pulled the episode from future airings and digital platforms. The move took weeks, caused untold damage in the interim, and says nothing of the fact that the script was permitted to be produced in the first place.

According to a December 24, 2020 article in the Forward, “New York Jews fear even greater antisemitism in 2021. Michael Che, SNL writers, and “Nurses” writers are not helping.

Jewish Federation’s Jewish Community Relations Council (JCRC) will continue to work together with the Jewish community and with civic and other faith leaders as well as state and local education directors to create policies and develop curricula combating anti-Semitism and all hate.

We have made inroads, such as – at the national level – securing more funding for Holocaust education in public and private schools and locally facilitating meaningful conversations about bias and cooperation among multi-ethnic community members. But as evidenced by the content on NBC these few weeks, we have far to go.

For more information, or to get involved in the JCRC, contact Dan Rozett at danr@jewishheartnj.org

Dan Rozett is a native of Middlesex County and a graduate of local Jewish day schools, who returned to the U.S. in 2015 after living in Israel for 20 years. In Israel, he served in an IDF combat unit and combat reserves and worked in the fields of educational tourism and patent administration. Returning to the U.S., Dan chose Jewish communal work to serve the Jewish community, share his love for Israel, and connect people to Jewish causes and the Jewish homeland.

FACTS ABOUT COVID VACCINATION IN ISRAEL

Non-Jewish Israeli citizens of Arab ethnicity, and whether adherents of Christianity, Islam, or any other religion, have the same rights and have access to the same healthcare as Israeli Jews, Druze, and all other citizens of Israel.

The BBC reports that the Palestinians disagree, citing another part of the Oslo Accords stating that “Israel and the Palestinian side shall exchange information regarding epidemics and contagious diseases, shall co-operate in combating them and shall develop methods for [the] exchange of medical files and documents."

UN experts say international law takes priority over these accords. The experts say the fourth Geneva Convention is specific about the duty of the occupying power to provide healthcare, but Israel argues it is not technically occupying the West Bank and has no responsibility for Gaza since leaving in 2005. The issue of responsibility, like many things involving Israel and the Palestinians, is complicated and requires further discussion among the involved parties.

That notwithstanding, Israeli aid has been rebuffed on more than one occasion by the Palestinian Authority.

In May and June, 2020, the Palestinian Authority rejected aid sent by the UAE to help fight COVID, since the shipment was coordinated directly between Israel and the UAE.

As reported today in The Times of Israel, the Palestinian Authority has once again rejected an offer by Israel, this time to provide vaccines for thousands of worshippers gathering for Friday prayers. After Israel’s initial proposal was refused, a second was reportedly made that the vaccines be administered by Arab Israeli paramedics and not by Jewish ones, and that they be dressed in clothes that bear no markings of Israeli medical establishments. That offer was also turned down, the report said.

And the Jerusalem Post reported in December, that the Palestinians had not approached Israel for help in obtaining COVID-19 vaccines and are planning to purchase them on their own with the help of the international community.

Last week, as reported by the Washington Post, Israel also agreed to inoculate 100,000 Palestinians who regularly cross into Israel to work.

And, according to Arab News, “The Palestinian Authority is expecting some two million doses ordered from various manufacturers, in addition to vaccines from the UN-backed Covax program, set up to help less wealthy nations procure vaccines.”