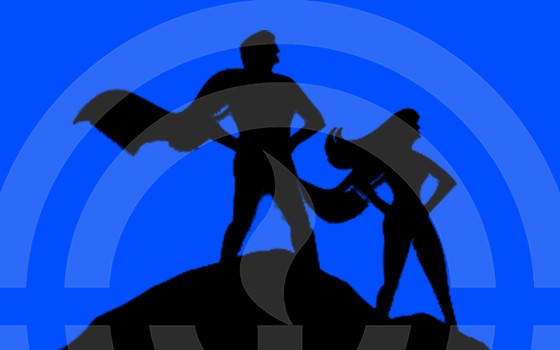 Celebrating Heroes, Helpers, and Hanukkah in the heart of New Jersey, the Jewish Federation and friends gathered for a fun and informative evening. Many legacy donors proclaimed, "I DID IT," signifying their commitment to leave a legacy gift to the Jewish community. Life & Legacy team leader, Mike Wasserman, was awarded the Seymour St. Lifer award for his contributions to the success of the Life & Legacy program. The Federation's Security Task Force was recognized for its work making the places where the Jewish community and its partners gather safer. The Task Force, led by Federation First Vice President, Amy Mallet, led the gathering in lighting the Hanukkah candles. Special guests, Fedline Saintina, a Rutgers student, and Richard Joel, president emeritus of Yeshiva University, were uplifting guest speakers. A delicious and festive dinner, complete with gourmet latke bar, was enjoyed by one and all. And the Federation presented highlights of the impact it created through programs and partnerships in 2017.
Invoking the evening’s hero theme, president, Jeff Schwartz, referred to Judah Maccabee as a hero who upheld Jewish values and way of life – not just for the Jews of his day, but generations to come.
“With real-life inspiration like that, it shouldn't surprise us that many of today’s make-believe superheroes were created by Jews,” he said. “So, what is it about Jews and heroes?  We don’t need history or comic books to find the answer," Schwartz continued. “Look at the person on your left. Now look to your right. Now realize someone’s looking at YOU. You are all heroes. You step up for people in need. YOU support a bright Jewish future. You are leading the way.”
Schwartz described today’s real-life heroes – Federation supporters, partners, and team members – as using such ‘powers’ as selflessness and resolve to
• rescue those who would otherwise suffer alone
• fortify our Jewish community against threats -- from anti-Semitism to indifference
• and forge a strong future with a place for every Jew.