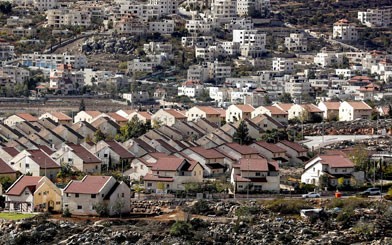 If you're wondering what happened following recent news about the possibility of Israel applying sovereignty to parts of The West Bank (sometimes referred to as annexation) -- let alone where the idea came from in the first place -- you are not alone.

Here is a brief rundown of the basics.

Every United States presidential administration creates its own version of an Israeli-Palestinian peace plan in hopes of moving the process forward in constructive ways.

The current administration's plan, submitted earlier this year, included provisions for a land swap of sorts (to put it crudely), in which Israel would apply sovereignty to parts of Judea and Samaria currently governed by Israel’s Judea and Samaria Civil Administration (JSCA), a formally independent body accountable by the Israeli military.

The peace plan also includes, among other provisions, a scenario in which the Palestinians would be given land in the Negev desert near the Egyptian border for industrial development.

Following Israel's latest election (Remember that? Third time's a charm.) and the formation of a governing coallition between Benjamin Netanyahu and Benny Gantz, Gantz's party agreed in principle that they would not stand in the way of The West Bank annexation, pending further coallition discussions concerning details.

Conversations about implementation and ramifications increased within Israel and among the international community. July 1, 2020 was targeted as the date for moving the plan forward.

Jewish Federations of North America have conducted a series of teleconferences for the enire community to better understand the situation, including this week with the Washington Institute for Near East Policy’s David Makovsky.

On June 23, 2020, Jewish Federations conducted a teleconference, open to the entire community, with former U.S. Ambassador to Israel, Dan Shapiro; Dr. Shira Efron, of the Israel Policy Forum, the Institute for National Security in Tel Aviv, and a Special Advisor on Israel with the RAND Corporation; and Oded Revivi, Mayor of Efrat, a large Israeli community in Judea deeply involved in grassroots efforts to live peacefully with Palestinians neighbors. Each explained positions for and against the measure.

What came through was a marked difference of opinion among Israelis, not to mention Americans, about the risks and benefits of the idea. Many points of view exist on applying sovereignty on these areas, which are historically connected to the Jewish people going back thousands of years, yet settled for generations by Arabs later identifying as Palestinians.

In Israel, as one might expect in any democracy, poll numbers relfecting support of or opposition to the plan vary -- predictably, depending on who's doing the poll.

Those who support this change believe that it will lead to further negotiations with Palestinians and that maintaining the status quo will be harmful.

Those who oppose the move claim annexation would negatively impact future negotiations with Palestinians and bring condemnation from around the world.

So what happened on July 1? Nothing. The date came and went, with no action.

Details of any annexation plan have been, at best, educated guesses and it is unclear what the future holds.

Inasmuch as the conversation could resume at any time, a number of resources are available to help us stay abreast of the multiple viewpoints, ramifications, risks, benefits, and possible outcomes of this proposal.

For those who wish to take a deeper dive, the following list of articles and opinion pieces has been crowd-sourced by Jewish communal professioals from across North America. COLLECTED LINKS

Please note: Jewish Federation in the Heart of New Jersey does not take a position on this matter. The opinions expressed in these links and resources reflect the views of their respective authors.