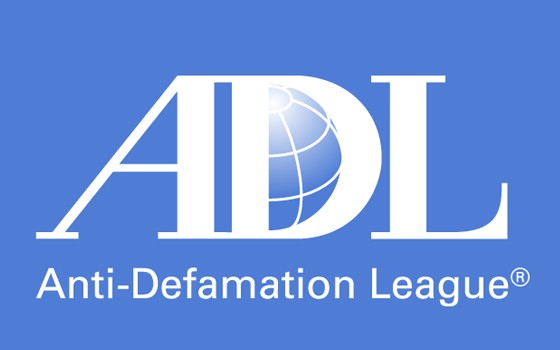 The following report and press release was issued February 27, 2018, by the Anti-Defamation League, and concluded that anti-Semitic incidents increased 32% in New Jersey in 2017. With this statistic, it is evident why the Jewish Federation in the Heart of New Jersey’s work in security and fighting hate is even more important – and necessary - today.

Swastikas painted on synagogues and in cemeteries. Schoolchildren harassed with anti-Semitic slurs. Bomb threats called in to Jewish institutions. White supremacists marching in the streets and chanting “Jews will not replace us.” ADL's Audit of Anti-Semitic Incidents, released today, confirms what all of us perceived: that incidents like these are proliferating and the perpetrators of hate have become emboldened.

Today, we released our latest report that compares anti-Semitic incidents in 2016 to 2017. The numbers are troubling. 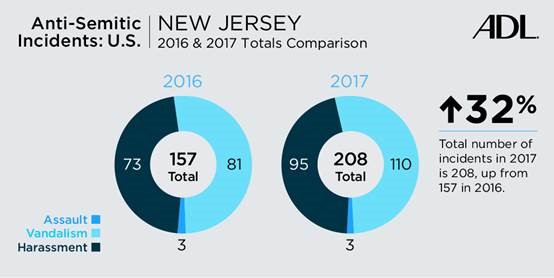 The 208 anti-Semitic incidents reported across New Jersey in 2017 include physical assaults, vandalism, and attacks on Jewish institutions. Every part of the state was affected, with an incident reported in almost every county. 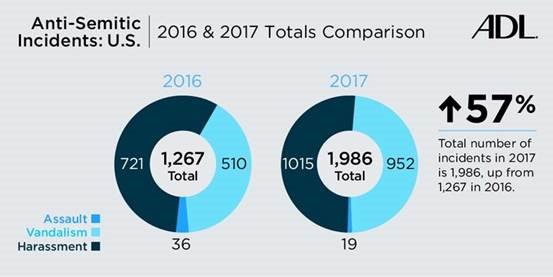 Nationally, there were 1,986 anti-Semitic incidents reported across the United States in 2017 representing a 57 percent increase over the 1,267 incidents in 2016. These numbers also include the 163 bomb threats against Jewish institutions in 2017, up 41 percent from 2016.

ADL New Jersey is, and has always been, a first responder to acts of hate and bigotry in our community – and we’re not about to stand down now. Whether it’s swastikas of vandalism or anti-Semitic activities on a campus, ADL gets the call and answers with tools to build respect and understanding. ADL is staffed with trained professionals who educate schoolchildren, college students and communities to end bias and hate speech.  We train law enforcement professionals throughout the year to understand and address bigotry. We work tirelessly to end the escalation of hate.

The struggle against hate is not easy and it cannot be accomplished only through short-term measures. Rather, effective action requires a long-term commitment of energy, resources, passion and collaboration. TOGETHER, we will push back against this scourge of hate and ensure that our timeless mission is fulfilled.