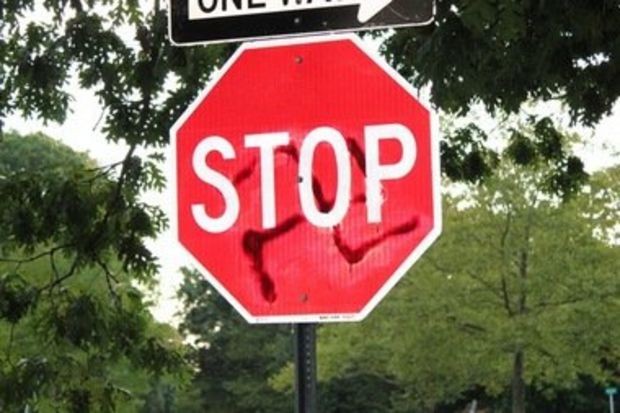 Troubled times for the Jewish community in New Jersey. This recent survey from the ADL provides support for what many have felt and feared - an increase in anti-Semitic attitudes and incidents in our own backyards. While the coverage of Israel in the news may be a contributing factor in these increased numbers, this report validates the Federation's focus on education and engagement, in general and about Israel, within both the Jewish and general communities.

Florham Park, NJ, March 30, 2015 … The Anti-Defamation League’s (ADL) Audit of Anti-Semitic Incidents, issued today, details a total of 107 anti-Semitic incidents across New Jersey during the calendar year. This represents a 27 percent increase from the 78 incidents reported during the same period in 2013.

“The sharp increase of reported incidents in New Jersey is a reminder that anti-Semitism continues to pose a threat to the Jewish community and larger society as well,” said Joshua Cohen, ADL New Jersey Regional Director. “We are deeply concerned that in 2014 Jews and Jewish institutions were victims of anti-Semitic assaults, threats, vandalism and harassment more than twice a week.”

New Jersey ranked third in the nation for anti-Semitic incidents in 2014, behind New York and California, which reported 231 and 184 incidents, respectively. The New Jersey counties with the highest totals were Monmouth (19), Ocean (13), and Middlesex (11).

“The increase in incidents should only motivate us to increase our vital work towards respectful, inclusive communities free from hatred in all forms,” said Ross Pearlson, ADL New New Jersey Regional Board Chair. “Anti-Semitism is vile, shocks the conscience, and has no place in civil society. We encourage the community to remain vigilant and bring incidents of anti-Semitism to our attention when they occur.”

Nationally, ADL counted a total of 912 anti-Semitic incidents across the U.S. during the 2014 calendar year, a 21 percent increase from the 751 incidents reported during the same period in 2013, and is the first time in nearly a decade of declines where the overall number of incidents has substantially risen.

ADL reported 3 anti-Semitic assaults on Jewish individuals (or individuals perceived as Jewish) in 2014, up from 2 in 2013. Incidents involved the use of physical force and/or violence.

The following is a list of selected anti-Semitic assaults in 2014:

The ADL Audit recorded 56 cases of anti-Semitic vandalism in 2014, up from 29 in 2013. Vandalism incidents are individually evaluated by ADL and are categorized as anti-Semitic based on the presence of anti-Semitic symbols or language; the identity of the perpetrator(s), if known; and the target of the vandalism and its proximity to Jewish homes, communities and institutions.

The 2014 Audit includes in its totals swastikas that targeted Jewish property or communal institutions. Swastikas targeting other minorities or those used out of context simply for shock value were not counted.

The following is a list of selected instances of anti-Semitic vandalism in 2014:

The ADL Audit recorded 48 cases of anti-Semitic harassment in 2014, up from 29 in 2013. Incidents included verbal attacks and slurs against Jewish individuals (or individuals perceived to be Jewish); anti-Semitism conveyed in written or electronic communications, including anti-Semitic cyberbullying; and anti-Semitic speeches, picketing or events.

The following is a list of selected instances of anti-Semitic harassment in 2014:

About the ADL Audit

The Audit identifies both criminal and non-criminal acts of harassment and intimidation, including distribution of hate propaganda, threats and slurs. Compiled using information provided by victims, law enforcement and community leaders and evaluated by ADL’s professional staff, the Audit provides an annual snapshot of one specific aspect of a nationwide problem while identifying possible trends or changes in the types of activity reported. This information assists ADL in developing and enhancing its programs to counter and prevent the spread of anti-Semitism and other forms of bigotry.

The Anti-Defamation League, founded in 1913, is the world’s leading organization fighting anti-Semitism through programs and services that counteract hatred, prejudice and bigotry. Follow us on Twitter:@ADL_NJ