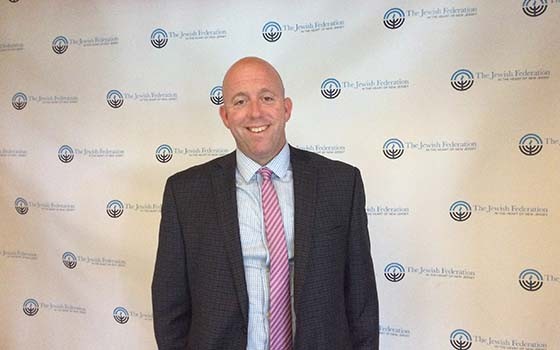 The following blog first appeared Friday, July 6, as an email update from Keith Krivitzky, CEO, the Jewish Federation in the Heart of New Jersey.

“Free Palestine.” That’s what this lovely surfer girl in the gym said after a friend mentioned I was going to visit the West Bank.

I responded that was not quite what I had in mind, and then asked what she meant. She then said that she had heard this from friends and thought it was the right thing to say, that the Palestinians were suffering, but that she didn’t really know all that much about what was going on. I then gave a very brief 2 to 3 minute overview of what I saw as the history of the conflict and how complicated things are in the region and between Israelis and Palestinians. And I shared this in more of a story form, rather than in point/counterpoint fashion.

But this got me thinking. Basically this was someone who knows nothing expressing an opinion about something very complex with all sorts of implications. That’s not a good thing - but it is happening more and more.

There are two issues here that are troubling/troublesome and worth keeping in mind.

The first - Israel may have the lead in facts and reasons, but those who oppose it have framed a much better narrative. They tell a good story, one that fits much better in the zeitgeist of today. It begs the question of what’s our story? And do people know it? Even in writing this update I’ve come to appreciate the power of storytelling - more of you read what I write when I pay attention to that.

The second issue is that, to quote a friend, many young folk today, including many Jews, are surfers...just like this girl. Not necessarily in the ocean at the Jersey shore...but when it comes to issues and what they know. They stay on the surface of issues, parroting slogans line rooting for a sports team, and seldom dive down to understand what is really going on.

In short, the details are often less important than the overall sense of things. This is two strikes against those who care about Israel, and unless we adjust our ways we won’t be connecting with this growing audience. Yet here’s the thing - while complexity may be something that’s avoided, telling a compelling story that highlights how complicated something might be can go a long way. We need to figure out more and better ways to do that.

With that, reads for Shabbat and the weekend:

Best for a Shabbat Shalom.