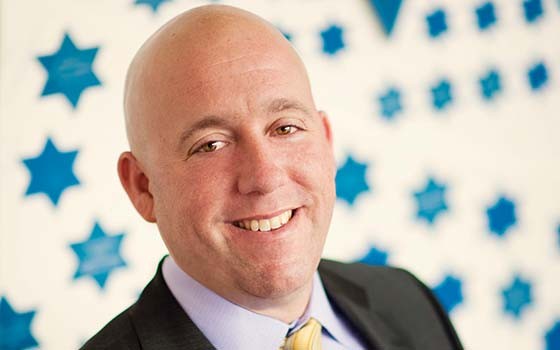 The following blog first appeared Friday, June 15, as an email update from Keith Krivitzky, CEO, the Jewish Federation in the Heart of New Jersey.

I had a very neat experience yesterday which I wanted to share, but was struggling coming up with the right way to do so. I met with the new Attorney General of the state of New Jersey, along with several other Federation executives and leaders. Besides being an impressive guy, he also is a Sikh. Yes...someone whose family comes from Punjab with the hair and head covering and all.

I found the fact that he was different from the mainstream and out and proud about it to be very moving. And I was also hesitant to state this because I was somewhat uncomfortable with defining him specifically by his identity.

As often happens, though, my mind spins things round and round…and I found this idea uncomfortable too. Isn't embracing diversity all about being loud and proud about one's identity? Isn't that what we want, in the Jewish community, when we talk about embracing a positive Jewish identity or being proud of one's heritage, culture, history? That's why I was so moved, I think, by this meeting in the first place.

So I wanted to share this realization. It’s not new, I know, and is a variation on a theme that has been recurring throughout many of my writings about being proud and open about what makes us who we are. The particular elements of who we are, our differences, are what make us unique, what make us special as both individuals and groups. And it is feeling special and valued, belonging to something, which adds meaning to peoples’ lives. We should embrace these particularisms and not be bashful about them.

It all starts and ends with that. And when we don't know who we are, maybe that's when we fall back on the idea of universalism, and diversity, as ends in and of themselves. And, probably for that reason, I too felt pride when meeting our new Attorney General.

With that, reads for Shabbat and the glorious weekend:

PS we have more than 150 from our community joining in October for our Journey to the Four Corners of Israel. It’s not too late to come with! Check out www.jewishheartnj.org/Israel for more.