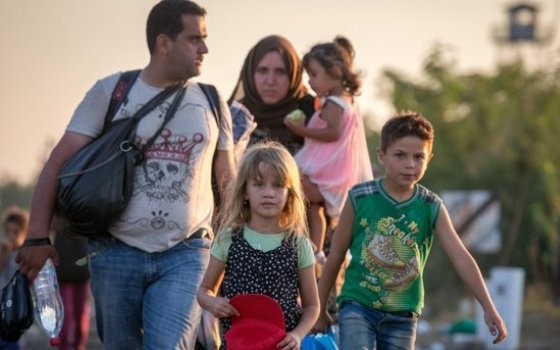 In light of tragic events involving a swelling population of migrants and refugees in Europe and the Middle East, the Jewish Coalition for Disaster Relief has acted to expand the scope and mandate of its Jewish Coalition for Syrian Refugees in Jordan to include refugees and migrants in Europe and the Middle East. The Coalition is assessing needs on the ground and raising emergency funds for humanitarian aid.

"As horrific images from this crisis flood the news, social media, and our inboxes, we have been moved to action, reminded of Jewish tradition's deep value for a single life in crisis. As we have learned from our decades of work with refugees and displaced people, the humanitarian toll and needs will be massive and we must respond now," said Alan H. Gill, CEO of the American Jewish Joint Distribution Committee (JDC), the lead convener of the Jewish Coalition for Disaster Relief.

The Coalition -- comprising a now growing group of Jewish organizations -- previously aided thousands of Syrian refugees through more than $500,000 in grants to humanitarian groups operating in Jordan and its efforts led to the founding of the MutliFaith Alliance for Syrian Refugees, an interfaith movement that advocates for the needs of Syrian refugee populations.