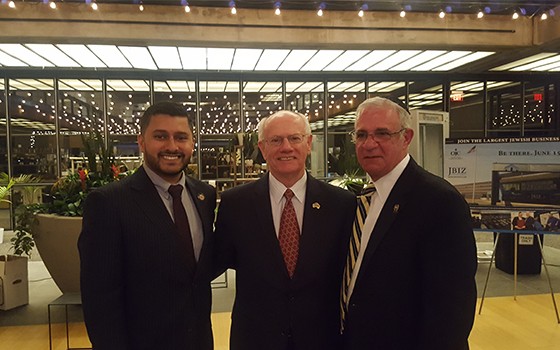 The Jewish Federation extends a mazel tov to Jake Toporek, executive director of the New Jersey State Association of Jewish Federations, Mark S. Levenson, chairman of the New Jersey Israel Commission, and Assemblymen Raj Mukherji and Gary S. Schaer, for being recognized by the Orthodox Jewish Chamber of Commerce for the roles they played in the state of New Jersey's standing against hate and combating anti-Semitism and anti-Israel bias.

In a ceremony taking place at Bell Works in Holmdel on April 26, the men received awards and delivered powerful addresses, stressing the importance of peace and renouncing discrimination.

Efrat Mayor Oded Revivi, a major fixture of Israel advocacy on the international scene, penned an official letter of appreciation in honor of the event and its honorees. 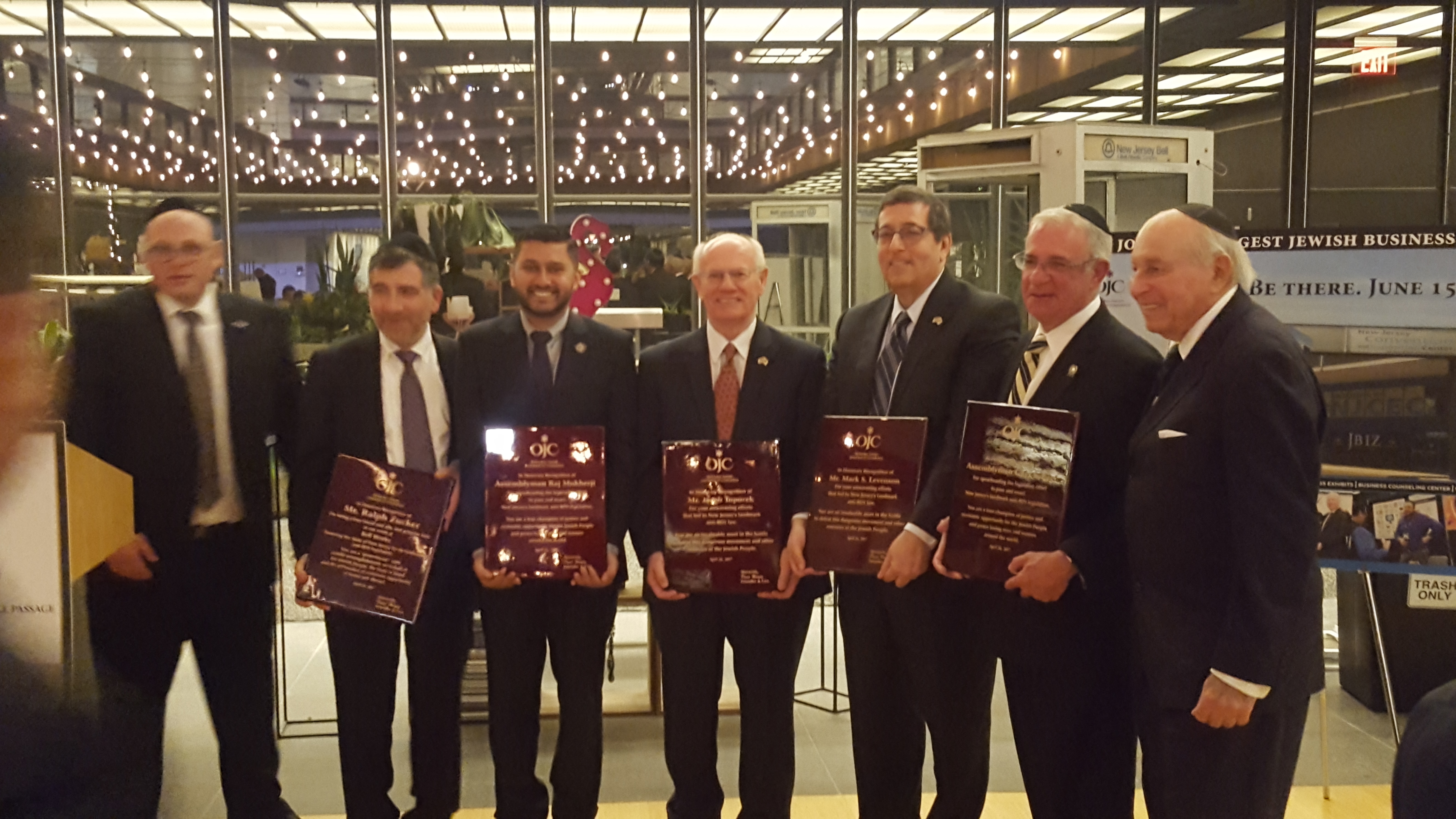