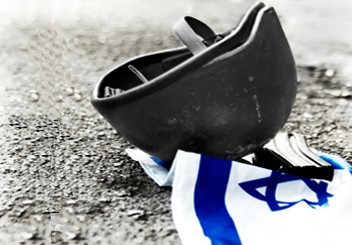 As Israel mourns 23,320 of its citizens who have fallen in defense of the Jewish state, on this Yom HaZikaron (Israel Remembrance Day), our community also acknowledges and honors their sacrifice. These words from Israeli President Reuven Rivlin eloquently capture the spirit of the day: http://www.timesofisrael.com/the-meaning-of-their-sacrifice/

Please watch this moving video, filmed at Israel's national cemetery on Mt. Herzl, Maj (res) Aviv Wishkovsky talks about about the young people buried there, who died defending the State of Israel and what they mean to him, to the young people who wear the uniform of the IDF today and to all of the people of Israel.