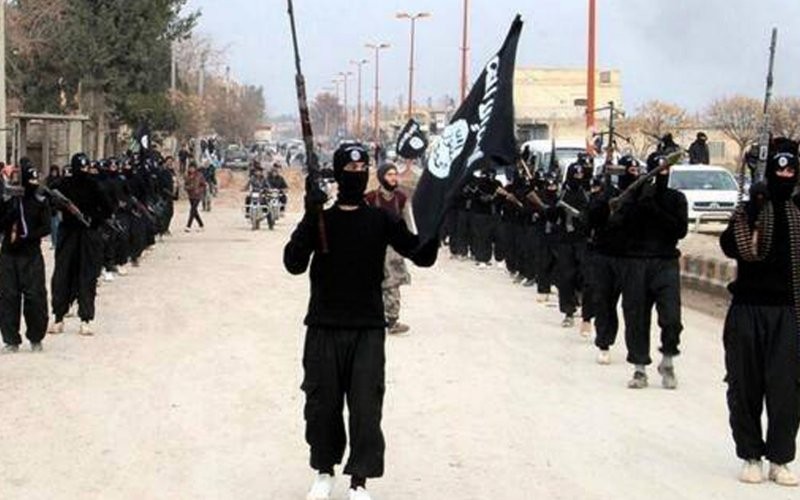 Keith Krivitzky, CEO of The Jewish Federation in the Heart of New Jersey, contributed to a conversation about how we, locally, should also be concerned about ISIS and the rise of other extremism.

Is there an ISIS wannabe living near you?

On some level, the answer is immaterial to the Islamic State and other terror groups like them, terrorism experts say.

Fear is the coin of their realm. So regardless of the reality, the mere perception that there are many other Americans like former Neptune resident Tairod Nathan Webster Pugh lurking in the shadows helps further their cause.

"You know that expression, 'There's no such thing as bad publicity,' " said Robert J. Louden, director of the homeland security program at Georgian Court University, Lakewood. "Because even bad publicity brings your name to someone's attention."

Many at the Shore were shaken by the news last week of Pugh's arrest in Asbury Park and his indictment for allegedly trying to go fight for ISIS in the Middle East.

"I am a sword against the oppressor and a shield for the oppressed," the airplane mechanic and Air Force veteran allegedly wrote on Jan. 5 in a letter to his wife.

"There are only two possible outcomes for me: Victory or Martyr."

While such language may be familiar to Americans in the post-9/11 era, hearing it from someone with ties to New Jersey — a state that ranks fourth nationally in the number of hate groups — somehow makes it sound all the more menacing.

"I think it provides an important wake-up call," said Keith Krivitzky, executive director of the Jewish Federation of Monmouth County.

"People like to live in a bubble," he said. "You see what's going on in the Middle East. You see the spread of extremism in Europe. And while you'd like to go about your business as if there was no risk here, when something like this happens, it does make you wake up and realize that extremism doesn't stop at a border or an ocean."

But just how serious is the threat? Are there many aspring ISIS fighters living among us, or only a few?

"I have homegrown violent extremist investigations in every single state," Comey said, according to published reports.

Comey's comments came in the wake of the arrests of three Brooklyn men — ages 19, 24, and 30, from Uzbekistan and Kazakhstan — who allegedly planned to train with militants in Syria. They also hoped to shoot police officers, FBI agents or members of the U.S. military, and even talked of assassinating President Obama, according to a federal criminal complaint. Authorities said the men were recruited through social media.

" 'Troubled soul, come to the caliphate, you will live a life of glory, these are the apocalyptic end times, you will find a life of meaning here fighting for our so-called caliphate and if you can't come, kill somebody where you are.' " Comey said. "That is a message that goes out to troubled souls everywhere."

"The level of video and audio and advertising that ISIS puts out is on par with Madison Avenue," added Louden, the Georgian Court professor.

The approach, said Louden, is similar to that used by street gangs.

"They know what they're doing, they know how to reach an audience — an audience that feels disaffected."

Not everyone agrees that ISIS is making major inroads in the U.S., however.

A recent CIA estimate pegged the number of Westerners fighting with ISIS in Iraq and Syria at 2,000, with approximately 100 of those coming from the U.S.

"What I have a problem with is over-hyping to the American people that we see an immediate threat to the United States," said Duke University professor David H. Schanzer, director of the Triangle Center on Terrorism and Homeland Security.

Schanzer is worried that sensationalized media coverage of cases involving seemingly unsophisticated suspects like the three men in Brooklyn are helping to sway public opinion toward support for using U.S. ground forces in Iraq in Syria.

Twenty-five Muslim-Americans were associated with violent terrorism in 2014, bringing the total since 9/11 to 250, or less than 20 per year, according to the Triangle Center's latest annual report.

While it's a legitimate concern that such individuals could eventually return to the U.S. to carry out acts of terrorism, Schanzer said, "the odds are that most of the people who go may wind up getting killed over there."

Still, the threat of domestic terrorism is an ever-present concern, particularly in a state like New Jersey, experts say.

New Jersey ranks fourth nationally in the number of state-based hate groups, with 40, according to the latest survey by the Southern Poverty Law Center, based in Montgomery, Alabama. California had the most (57), followed by Florida (50) and New York (44.)

More than half of these New Jersey-based groups are racist Skinhead organizations. Most are affiliated with the group AC Skins.

"You think we're in this wonderful state — Northeast, modern, advanced, what have you," said Krivitzky of the Jewish Federation. "It's kind of a disconnect to say, 'Wow, what are all these crazies doing here?' "

The SPLC said the downward trend is being driven by "a strengthening economy, continuing crackdowns by law enforcement, and an accelerated movement of radicals out of groups and into the anonymity, safety and far-reaching communicative power of the Internet."

It's that last factor that gives law enforcement officials pause.

"Extremist violence, in fact, is continuing at levels comparable to the 1990s, at the height of that decade's militia movement," the SPLC report stated. "But rather than coming from organized groups, fully 90 percent of domestic terrorist attacks in recent years have been carried out by 'lone wolves' or pairs of extremists who don't belong to any organization."

It's those types of attacks, the report noted, that are "the hardest to penetrate, and the most likely to succeed."

Over the last six years, a domestic terrorist incident has occurred, on average, every 34 days, resulting in 63 deaths, according to the Southern Poverty Law Center.