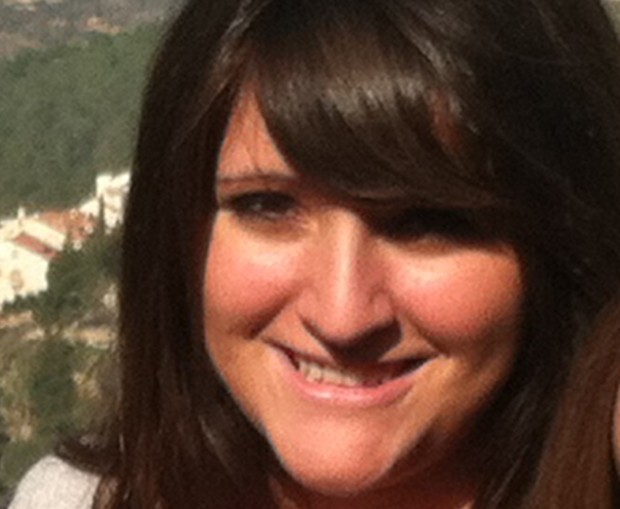 Jordan couldn't have been less interested in Israel. She didn’t even know how to find it on a map. Going on Birthright changed her view of the world.

Jordan laughs as she says it’s all her older sister Courtney’s fault.  As soon as Jordan joined Courtney at Rutgers University, Courtney dragged Jordan to the first Rutgers Hillel barbeque. Courtney, then in her junior year, also forced Jordan to apply to go on a Birthright Israel trip scheduled in the winter of 2013. Courtney said she’d made her most important contacts and built the strongest college friendships with the people on her Birthright trip and wanted Jordan to have the same experience.

Although Jordan knew no one else on the trip, the moment she got to Israel, she felt like a spark was lit. She made several close friendships, just as Courtney said she would. In particular, Jordan became very close with one of the soldiers who spent four days with them.  Jordan says she and Zohar hit it off from the beginning.

“We’re the same age, but our lives were so different,” Jordan said. “She was amazed that I was getting my degree. I was amazed that she was defending her country. We were opposites, yet we connected immediately.”

Most importantly, the trip opened Jordan’s eyes to a world she’d never known: one in which Israel is important, anti-Semitism threatens Israel’s survival, anti-Israel activities on campus matter, and her actions make a difference.

“Before, when there were protests or rallies on campus, I really didn’t understand what all the shouting was about. The trip clarified it all for me. Since returning from Birthright, I’ve now gone to the AIPAC (American Israel Public Affairs Committee) policy conference twice and now advocate for Israel on campus.”

Last year Jordan served as the leader of the AIPAC cadre at Rutgers, which she says is “sort of like an executive board.  I started the group, and then had to build it up.”  With two clear goals – education and engagement – Jordan led the effort to connect with other student leaders on the Rutgers campus, so they learn more about Israel’s history, culture, amazing technological and medical advances, and its security issues.

“When we meet with them, we have the chance to explain the Boycott, Divestiture, and Sanctions movement, and point out how it stigmatizes Israel unfairly, so we can work together when issues come up.” The group also mounted a campaign on campus to send thank you notes to members of Congress for supporting Israel throughout last summer’s bombings.

Jordan also sat on the Student Board of Rutgers Hillel, and was one of its Leadership Engagement And Development (LEAD) Fellows, charged with helping other students connect to Jewish life on campus. “I’d meet with them anywhere – having coffee, just on campus, or at a Shabbat dinner – wherever they were, just so we could talk about what was going on, and how they could be part of it.”

Now Jordan is a senior, expecting to graduate in January, 2016, with a double degree in psychology and sociology, and a minor in criminology. Zohar, having completed her Israel Defense Force service, is studying occupational therapy at the University of Haifa. They’ve remained close and Jordan’s been back to Israel three times as part of different programs since her Birthright trip, each time to learn more about the country, the people, and about Judaism. She extended her stay after her most recent trip, in first to take classes, and then to be a Volunteer for Israel, a group that works alongside Israelis doing civilian tasks.

Jordan and Courtney have convinced their younger sister, set to enter college in the fall, to go on Birthright during her freshman year too.  Because of Jordan and her sisters, and so many others who’ve returned from Birthright passionate about Israel and more knowledgeable about issues they confront on campus, Jewish students in this community are thriving together.

Here’s how you can GET IN ON THE ACT:

Encourage every 18 to 26 year old you know to go on a Birthright trip. For more information click here.

Go to Israel on a Federation mission.  To check dates, click here.

Donate to the Jewish Federation to support programs for college students in Middlesex and Monmouth campuses.