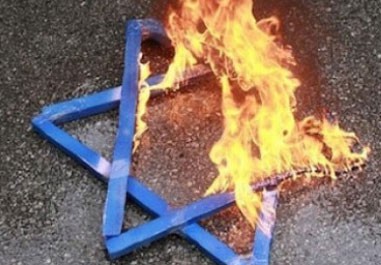 “It could never happen here” no longer applies. ADL’s annual Audit of Anti-Semitic Incidents reported assaults up more than 50 percent nationwide in 2015. State-by-state, New Jersey ranked third in all kinds of anti-Semitic incidents -- with 137 in 2015, up 30 percent.  This Rosh Hashanah, a Jewish Rutgers University student wearing a yarmulke was approached by two other students on campus, one shouting, “Yeah, I’d wear a yarmulke too…If I wanted to burn in Auschwitz!” This summer, an attempted Holocaust-related hoax targeting elderly Jews was foiled near Red Bank, and swastikas were painted on a playground in Howell. If it feels like the target is moving closer to home, well it is. And that’s why the Jewish Federation is orchestrating efforts to enhance security at all the places Jews gather in the heart of New Jersey.

The Jewish Federation in the Heart of New Jersey formed a Security Task Force this year for all Jewish organizations to increase security awareness and preparedness. It created an information sharing network of more than 70 organizations across the law enforcement, public safety, and Jewish communities; produced or provided access to 16 separate trainings in 12 months – from active shooter drills to High Holiday workshops; and helped bring more than a million dollars in security upgrades to the heart of New Jersey through Department of Homeland Security grants. We also established incentives to bring an additional $50,000 in security equipment installations to up to ten organizations through matching grants from the Federation.

Mort Blumenthal, Temple Rodeph Torah board member and chair of Building & Grounds, says the congregation would not have gotten the grant, let alone applied, without support from the Jewish Federation. He described his close working relationship with the Federation’s Security Task Force, which made him aware of the grant, encouraged them to apply, and provided important guidance and resources to make their application the best it could be.

“Building on the systems already in place, the improvements we can now make will enable all of us at Temple Rodeph Torah to focus on what is most important: creating a warm, nurturing, peaceful community for people of all ages to worship, learn, celebrate, and give back together.

“Security has always been a priority,” he continued, “but now we have better resources, information, and support to fulfill that priority – with thanks to the Federation and the work of its Security Task Force.”

“Part of securing a strong Jewish future means Jews must feel safe in the places where we gather,” said Ken Philmus, Jewish Federation Security Task Force Chair. “This year the Federation had a direct impact for the 70+ members of the information sharing network, the 17 Jewish organizations that received Homeland Security grants, and the 10 others due to receive the Federation’s matching equipment grant.

Still there are dozens of organizations who remain vulnerable due to the state of the world that we live in. In fact, just last week, one of our community’s synagogues that has not yet upgraded security was broken into. Please help the Federation continue to convene all the Jewish organizations across the area, and create partnerships between them and public safety, law enforcement, and private security experts. Please help the Federation enable all Jews to thrive together with the Jewish experiences, resources, and connections that are meaningful in their lives.”