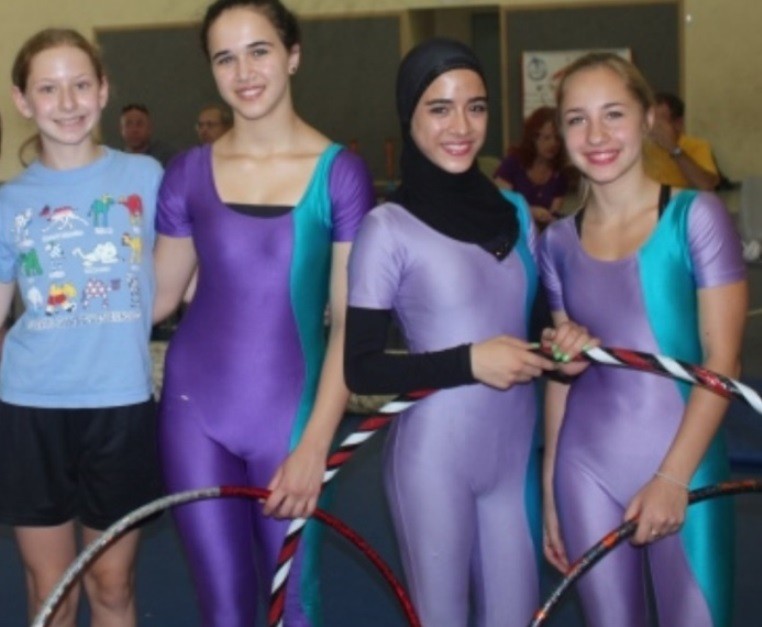 Sarah Schildkraut is hooked -- and she’s only 13. The recent bat mitzvah girl comes from a strong Jewish home, her family participates in Jewish organizations and activities, she has gone to Jewish sleep away camp, and has been hearing how special Israel is for as long as she can remember.  But now that Sarah has seen Israel for herself, she is hopelessly, madly, and deeply in love.

Sarah went to Israel for the first time on a Federation family mission when she was 12.  Her mom, Debbie, describes the exact moment she saw Sarah’s ‘Israel light bulb’ switch from on to ‘ON!’

“As the plane landed, Sarah looked out the window and said, ‘I feel like I’ve been here before.  I feel so comfortable.’  And that was BEFORE we even stepped off the plane!”

From that moment on through the duration of the trip, Sarah’s light bulb shone brighter and brighter, Debbie reported:

One day, when the group was touring Independence Hall in Tel Aviv, the family happened to meet a young man from near their hometown, who was there with a Birthright trip. “He told us he was never very interested in Jewish things.” Debbie said.  “He was so excited to be in Israel; he couldn’t stop talking about how amazing it was, how he feels so connected.  We all had tears in our eyes.”

Debbie described a particularly special day when the group went to Hadassah Hospital for a planned B’nai Mitzvah under the famous Chagall windows, for Sarah and another young person on the trip, Daniel Bloomfield.  Debbie and Daniel’s mom, Marnee, had met on a Hadassah leadership mission to Israel two years earlier, and had begun talking then about how great it would be to come back and do a B’nai Mitzvah for their kids together in Israel. Now that day had come, and everyone in the group sharing it was filled with awe and emotion.

That afternoon, the group went on to visit Camp Shutaf, an informal-education program for children and teens with special needs, which Jewish Federation of Monmouth County supports.  During their visit, the kids on the mission got to spend hands-on time with the campers doing arts & crafts.  Debbie described how the kids instantly bonded.

“We were amazed to see Federation-supported projects like this throughout the trip, but my family also had a personal connection to Shutaf.  The daughter of one of my high school friends works there. She knew we were coming and that we’d be doing the B’nai Mitzvah that morning.   When we arrived, she and her co-workers came out with trays and trays of cupcakes they and the Shutaf campers had made for us to celebrate the B’nai Mitzvah. It was literally and figuratively the icing on the cake.

“As each day progressed, more and more trip mates’ ‘light bulbs’ got brighter and brighter,” Debbie added. “Just a few days before, we’d been just a group of travelers who happened to be on the same trip. Now we were sharing moving experiences and connecting with each other and with Israel in a meaningful way.”

The group experienced Shabbat together at The Western Wall.  They visited Arad, Monmouth’s “sister community,” which has blossomed – literally and figuratively – with a thriving winery and growing artist colony, thanks to Federation support.  They stood together at the hilltop border in the Golan, overlooking Syria, realizing just how close Israel is to its neighbors who don’t always act in a neighborly way.

But according to Debbie, there was one experience on the trip that had a special impact:  a performance given by the Galilee Circus.  The Galilee Circus brings Jewish and Arab teenagers together in a multi-cultural learning and performance space, where trust, overcoming fear, and non-verbal communication are essential.

“Seeing the Jewish and Arab performers working together got Sarah and all of us engaged on a whole other level,” Debbie explained. “It gave everyone a sense of true hope for peace and unity for the region.”

As Sarah tells it, “My parsha at the B’nai Mitzvah in Israel was Shoftim. It talks about appointing judges and officers and upholding laws.  When I think about it and the places we visited on the trip, I have a deeper understanding of the need to enforce laws and protect boundaries. But the kids from the Galilee Circus – they gave me hope for peace and it pulled my heart closer to Israel.”

After white-water rafting, visiting lush kibbutzim in the Golan, planting trees, seeing archaeological sites, staying overnight in a Bedouin tent in the desert, climbing Masada, and playing in the Dead Sea mud, Sarah can’t wait to go back.  She reflects on the trip with her new-found friends. She says, “I had no idea Israel was like this.  We have to come back!”