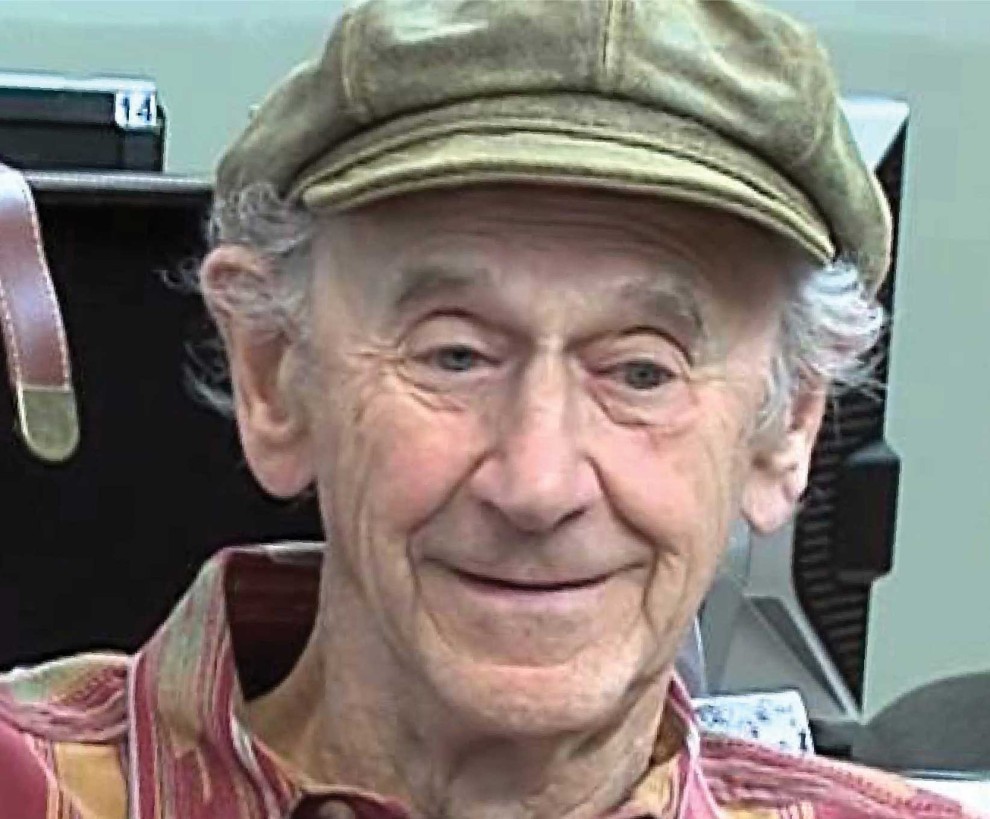 Chris saw no connection between high school bullying and the Holocaust until a Federation partner enlightened him.

After meeting a survivor, Chris saw how speaking out makes a difference.

As he took his seat at the Center for Holocaust, Human Rights, and Genocide Education (Chhange) Colloquium, 10th-grader, Chris was nervous about meeting a survivor. He had been studying the Holocaust in history class since the beginning of the year, and thought it was just that – history. He didn’t think the Holocaust had any connection to his own life.

Chris knew the Colloquium’s “Encounters with History” break-out session he’d signed up for would be led by a survivor. Still, he assumed the agile, energetic, older gentleman at the front of the classroom was a proctor. Chris was surprised when the gentleman, Manfred Lindenbaum (Manny), introduced himself and began telling his Holocaust story. Chris found himself listening more intently than in history class.

“Today you talk about bullying.  Well, they were bullies!  Bullies with guns and dogs! And what do you think would have happened if one person had stood up and said ‘Stop!’” Manny asked. No one in the room responded.

“There were some who spoke up,” Manny explained. “But not enough. The great majority of people stood by and chose to ignore what was happening around them – even to their friends. My sister died because her friends and their families did nothing – these were the friends who were always at our house; my sister was popular. These were people we knew really well.”

Chris raised his hand.  “How old was your sister?”

“14.” Chris thought about what he’d do if people tried to harm his sisters.

“We lived in Germany,” Manny said. “But my parents were Polish, so a Nazi came to our house and said we had to go back to Poland. But the Poles wouldn’t let us in. I remember people shouting terrible things at us.”

Days later, Manny’s family boarded a train heading toward Russia, which they thought would be a safer place. Before it left, they heard a man call out that some Jewish children would be taken to safety in England on a Kindertransport (children’s transport). Manny’s parents quickly shoved Manny, his sister, and older brother off their train to go with that stranger. Manny and his brother eventually got on a boat to England.  His sister was told to wait for the next boat, but it never came. She and Manny’s parents were killed by the Nazis.

“The Kindertransport managed to gather up about 10,000 children,” Manny said.  “But about a million and a half were left behind.  When my mother handed me off to that stranger, and for years afterward, I was angry. I got in a lot of trouble because I was so angry. I didn’t understand why my mother let me go. But as I got older, I understood. They were courageous. Because of them, I’m alive.” Neither Chris nor any of the others in the room moved or made a sound.

One student tentatively raised his hand.  “To make us sad.”  Manny shook his head.

Then Chris raised his hand.  “So we can learn not to be bystanders?”

Manny pounced, “Exactly!  When you see something bad happening, try to stop it.”  He cautioned them not to confront bullies alone. “Get your friends to join you and tell a grown-up you trust.

“Each of us has the ability to see evil, point to it, and make sure others see it. You’ll be amazed at the difference you can make.”

After the session ended, Chris went up to Manny. He told him he’d seen kids get bullied at school before, but he didn't know what to do about it. Chris said when he is back in school tomorrow, he is going to bring up a conversation about it with the history teacher who came with them to the Colloquium. “I don't want to be a bystander,” Chris said.

Meeting a survivor at the Chhange Colloquium had made an impact on Chris, and no doubt on the 1500 other New Jersey students attending that day. “To think of the impact each one of these kids can now have in the world, this is why the Federation supports Chhange,” said Keith Krivitzky, Federation CEO. "Chhange’s mission is fundamental to the community’s thriving together." Krivitzky went on to explain the Federation recently was instrumental in Chhange securing its largest grant ever for enhancements to its permanent exhibit.

Chhange was founded on the belief that everyone has the obligation and ability to recognize violations of human dignity. It is committed to educating future generations about the Holocaust, genocide, and human rights issues with the goal of eliminating racism, anti-Semitism and all forms of prejudice.

Supporting Chhange is just one of many ways the Jewish Federation in the Heart of New Jersey supports Holocaust education and the hundreds of survivors in Greater Middlesex and Monmouth Counties. Thanks to leadership from the Jewish Federation in the Heart of New Jersey, Chhange, Jewish Family Service of Middlesex County (JFS) and Jewish Family & Children’s Service of Monmouth County (JFCS) have worked together to identify as many survivors in the area as possible and secure additional funding to provide survivors with programming and services. The Federation and its partners, both local and overseas, have also rescued and provided aid for targets of other mass killings, including those in Darfur and the Sudan. For more information about Chhange or The Jewish Federation’s support of survivors and Holocaust education, contact the Federation.

GET IN ON THE ACT:

Support Holocaust education and survivors in our community with your donation to The Jewish Federation.

Visit Chhange. Now on exhibit: a moving look at the Armenian genocide.

Stand up against anti-Semitism through education with Step Up for Israel.