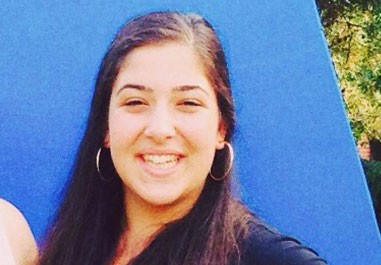 Hannah had no idea Jews still had to hide their identity until she went to Federation-supported summer camp in Hungary.

I had never thought of Judaism as a privilege. It has always been the core of my universe. My parents made sure my sisters and I received a thorough Jewish education. I assumed that all other Jewish children lived lives similar to my own.

Then, last summer, I was lucky enough to travel to Budapest, Hungary as one of 24 Szarvas Fellows and spend two weeks experiencing global Judaism with people my age who came to camp from all over the world. I had never been to Europe before, so I could not wait to start talking with people.

I asked the first girl I encountered what brought her to camp. Her answer was, “Judaism.”

“I only found out I was Jewish a couple days ago, when I got on the plane to come here. So I don’t know anything about it. We’re not supposed to know we’re Jewish until we’re older. It’s dangerous to be Jewish where I live.”

I was stunned. I think my jaw literally dropped open. I couldn’t really comprehend what she was saying. How could being Jewish be dangerous in this day and age? So I asked her. She explained that, even after all this time, anti-Semitism is still very strong in Europe. Her parents had not told her she was Jewish until now to protect her and the rest of the family. If she had babbled as a child that they were Jewish, they could have gotten into serious trouble.

That blew my mind. I had grown up embracing Judaism. When I meet new people, one of the first things I tell them is that I’m a Jew. Never before had I been told to deny my Judaism, or hide it. I could not imagine it!

Now, I knew why I was at Camp Szarvas, a place that’s all about embracing Judaism. Szarvas taught me to have an open mind, and ready to make the most of every opportunity. It made me see that I’m part of a global Jewish community, and that a Jewish education isn’t an option everywhere. Over the following two weeks, the staff organized study sessions, helped us learn how to bake challah, and lead us on great hikes through the beautiful countryside. We experienced Shabbat together, practiced Hebrew, and talked about Israel. Along the way, I learned as much from the other campers as they did from me. By the end of camp, Szarvas had become a home away from home, a khilah, community, that enjoyed being Jewish together.

My time at Szarvas reminded me not to take anything in this life for granted. I had never thought of Judaism as a privilege, but for some people, it is. I returned determined to carry the message forward. I became the Religion Education Vice President of my local USY Chapter in Metuchen, New Jersey and dedicated my term to helping teach Jewish teens about our prayer services and making them relatable to their everyday lives. I continue my service to USY, this year as Co-President.

I never appreciated how much my parents had to sacrifice to send my sisters and I to Jewish Day School. When I asked them about it, they said, “Having a strong Jewish identity is important in such a diverse world. As you transition into adulthood, your strong Jewish core will help you stay true to yourself.” I am proud to be a Jew, and Szarvas International Camp insured that I will never forget it.

With anti-Semitism on the rise throughout Europe, Szarvas Internaional Camp plays an increasingly important role. For about 1,300 children and teens every summer, Szarvas is a chance to connect to Judaism, make friends from around the world including 30 different countries, and experience global Jewish peoplehood. The pioneering, pluralistic international Jewish summer camp is operated in rural Hungary by one of the Federation’s partner agencies, the American Jewish Joint Distribution Committee(JDC) and the Ronald S. Lauder Foundation. JDC provides assistance to help meet humanitarian needs of thousands of Jewish in Ukraine and Russia, as well as in more than 70 other countries. It also responds to disadters wherever they occur.

Join next winter’s Federation mission to Eastern Europe and Israel, so you can see the needs for youself, as well as how they are met.