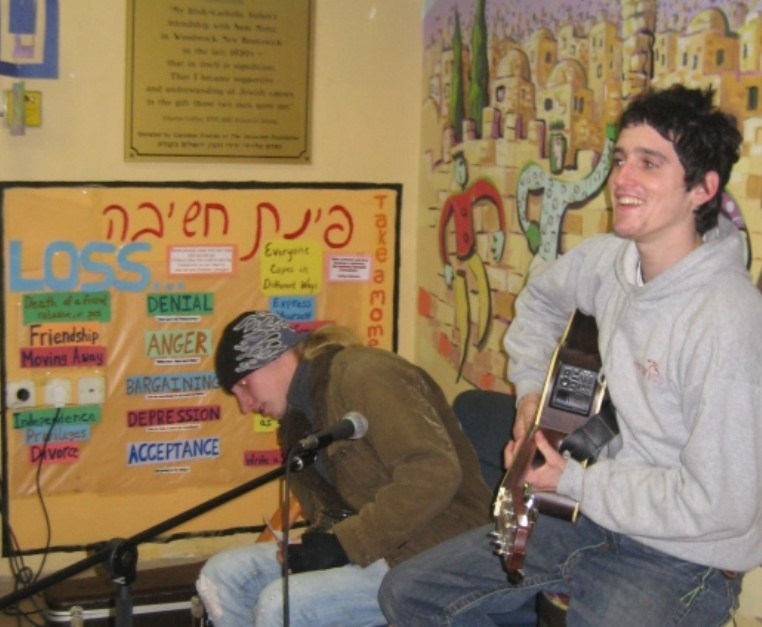 When Dan fell through the cracks, he fell hard. His his mom died when he was 12, wreaking havoc in Dan’s life and behavior. At 14, his dad, who suffered from bipolar disorder, kicked Dan out of the house. At 16, Dan’s uncle sent him to live in Israel to “get his life together.” In Israel, Dan left the school his uncle had enrolled him in; he bounced from place to place, surviving mainly on charity.

A friend brought Dan into Crossroads, a center with social services for at-risk, English-speaking youth in Israel: those who are homeless, struggling with addiction, domestic abuse, social and emotional difficulties. When he arrived, Dan said his childhood dreams of “living a normal, happy life” seemed out of reach. He was doing drugs and he described feeling stuck in hole 10 feet deep.

Over the next three years, Crossroads became the place for Dan to come and get help without judgment or shame. Learning Hebrew was the first goal to help him integrate into life in Israel. He struggled, but with the help of Crossroads tutors and staff, slowly made progress.

As he pursued academics, Dan also began working with a Crossroads social worker who helped him navigate the process of becoming an Israeli citizen, get a driver’s license, and deal with issues regarding army service. Throughout all this, he got clean and sober, prepared to take the GED, and started socializing at Crossroads’ Thursday night hangouts. He and his guitar became regulars at Crossroads’ open mic nights.

Thanks to Crossroads, Dan says, he is now living at a new Yeshiva where he feels he fits in. He doesn’t do drugs, he has friends, and he’s starting to talk about college.

But with all of the good that Dan credits to Crossroads, the biggest miracle, he says, is that he has started to dream again about “having a normal life.” Dan now knows he can overcome obstacles. He is proud of his hard work to turn things around, and he hopes to give back some day to help others like him, who lost sight of their dreams.

Jewish Federation is a proud partner of Crossroads and other organizations in Israel and the U.S. that are committed to k'lal Yisrael – all Jews caring for one another.  Young, English-speaking adults at risk in Israel are one of many under-served populations that Federation supports.