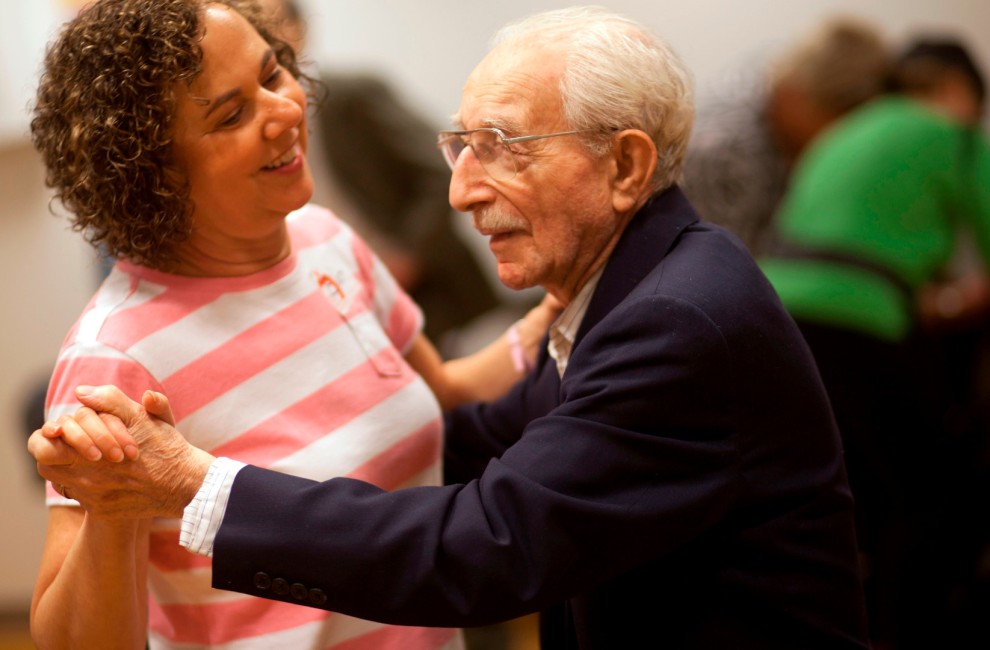 Sidney is still a whiz with numbers; he always has a joke to share; and he is a Holocaust survivor.

When Sidney was nine, and the Nazis advanced toward Russia, Sidney’s father was killed.  His mother, sister, and he boarded a train headed east.  They landed in Siberia, where they nearly starved to death through the duration of the war. His mother took in some sewing to earn the little money they had, though as Sidney tells it, there wasn’t much one could buy – even to stay warm and fed. Somehow, he says, with his mother’s care and surrounded by others in the same situation, they survived.

Sidney looks back now on the life he has lived since the war with bright eyes and a ready smile.  But in recent years, things have gotten harder.  Dressing, bathing, meals – even walking around his house – have become difficult.

Like many other Holocaust survivors in Monmouth County, Sidney had already been getting the maximum home health aid covered by funding from the Conference on Jewish Material Claims Against Germany (The Claims Conference) – five hours a day, five days a week.  But now he needed more... and Sidney was not alone.

In 2013, Jewish Family & Children’s Service of Monmouth County (JFCS), which provides much of the home health care that Claims Conference funding helps cover, with the Center for Holocaust, Human Rights & Genocide Education (Chhange) and Jewish Federation of Monmouth County, which is a partner and funder of JFCS and Chhange, conducted an assessment of local Holocaust survivor needs. It showed that as the population of survivors gets older and more vulnerable, both the overall number of survivors needing support and the specific needs of individual survivors are growing.  Most do not have the means to hire all the help they require and are trying to remain in their homes rather than go into nursing facilities.  Since Claims Conference-funded services were already at their max for Sidney and many others like him, JFCS and Federation considered possible solutions.

Working in concert with the NJ State Association of Jewish Federations, the agencies advocated for survivors with the NJ State Legislature, and eventually won more funding from the state. While it still does not cover the full extent of the need in Monmouth County, now Sidney gets hands-on help with everyday living – every day: bathing, dressing, preparing meals, light physical therapy. The basics.

The way JFCS, Federation, Chhange, and the respective agencies’ professional staff, volunteer leaders, and contributors see it, it is not just a moral imperative to help survivors like Sidney live these years in as much comfort and dignity as possible… it is an honor. The hope is to help even more people like Sidney and the agencies look to the local Jewish community for financial support.

Sidney’s wife passed away nearly 10 years ago and his children live out of state. These days, he enjoys the company of home health aids, Sue, who he calls his weekend gal, and Maddy, who comes during the week.  In addition to helping Sid with the activities of daily living, they provide companionship and get him moving a little.  Maddy knows which jam Sidney likes – and she can reach for it – when she helps him with groceries. Some days, when the housework is done and lunch is all cleared, the two of them dance. It may not be full tempo, Maddy chuckles, but you can still call it dancing.

Maddy says Sid recall s often how his mother and their close little group kept his sister and him alive during their years in Siberia.  Maddy is glad to be part of a continuum of caring in Sidney’s life. She is also looking forward to their next dance.